SHE hasn’t had the easiest time in the Emmerdale village as of late but it seems as though Kim Tate’s fortunes might be about to change.

Savvy businesswoman Kim, played by Claire King, has come up with a new idea to add to her ever-growing list of business ventures.

She has hopes to open a stud farm

Not content with the everyday running of Home Farm and all of it’s connected businesses it appears that Kim is ready to branch out once again.

In upcoming scenes, fans will see Kim discuss through her exciting new plans with husband Will Taylor.

The Dales’ leading lady has come up with plans to open a new stud farm as a result of her love of horses.

Kim recently showed her devotion to horses when she rode atop her beloved Ice to her wedding day.

She receives a positive response to her plans and it isn’t long before she gets chatting to Gabby Thomas about the idea.

Gabby is delighted when Kim offers her a position to work at Home Farm having spent the last few years living there following her relationship with Jamie and the birth of their son.

Elsewhere for Kim, Dawn expresses her delight when she reveals that Alex has signed a private consent form.

Knowing what it took to get to that stage, Kim shoots Will a look as the pair hope what they did to Alex remains a locked secret. 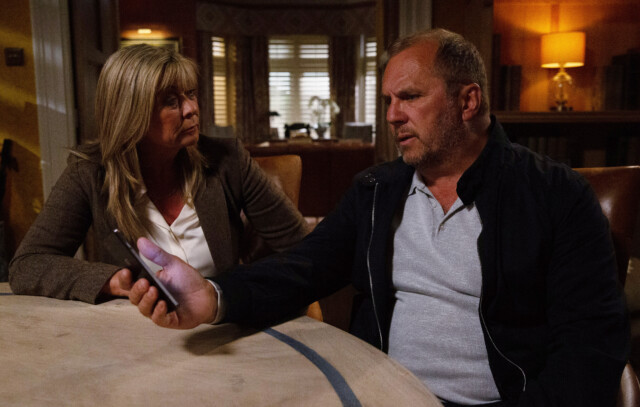 I’m A Celeb start time MOVED as Ant and Dec pushed out of 9pm...