LAUREL Thomas thought she had found love again in the form of Kit.

But there’s heartbreak ahead for the Emmerdale character as the physiotherapist turns his attention to her stepdaughter Gabby Thomas.

To make matters worse, he does so with her stepdaughter Gabby 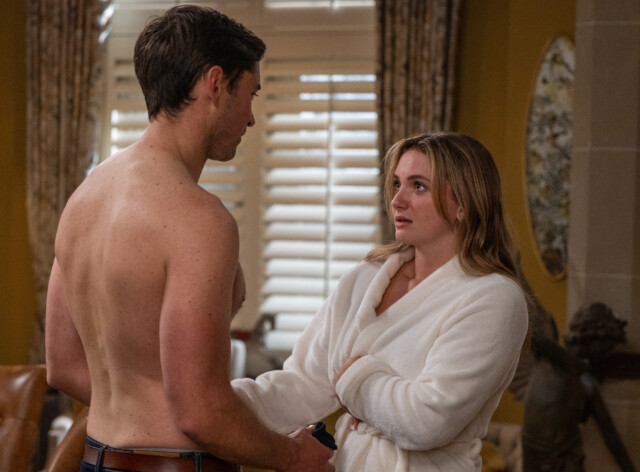 The pair meet on a dating app

No romance can go ahead without a little bit of drama in Yorkshire and, sometimes, members of the same family are fighting over the same person.

This could become the case for Laurel and her stepdaughter Gabby Thomas.

The Hide Café manager played by Charlotte Bellamy has been getting to know newcomer Kit (portrayed by Thoren Ferguson).

Meanwhile, Gabby has been trying to find someone to share her life with after mainly focusing on her son Thomas.

Next week, however, the young mother portrayed by Rosie Bentham intends to give up on online dating altogether – until a good looking “Chris” pops up.

But her mystery date turns out to be Kit.

Gabby goes ahead despite him being romantically involved with her stepmother.

The following morning, Laurel shows up at Home Farm and Gabby has to think fast.

Flustered, she manages to rush Laurel out of the door before an oblivious Kit comes downstairs.

In later scenes, Kit shows no remorse and easily juggles both of his relationships with Gabby and Laurel.

But the truth is always close to being exposed when Laurel suggests a double date with her and Gabby new beaus.

Kit is forced to cover up his lie at the Shop by painting on a smile and convincing Laurel he’ll be cooking a meal for them after following Marlon Dingle’s tips closely.

Later on, Kit sends Gabby an apologetic message for his tardiness and finds himself weighing his options when Laurel makes a seductive pass, suggesting they spend the night together.

The two-timer later shows up at Home Farm, bursting from his second dinner, and engages in a conversation with Gabby.

As mentioned above, Laurel turned to Kit after the breakdown of her relationship with Jai Sharma, whom she felt she could no longer trust.

But watching her move on has been particularly hard for the scheming businessman.

Will Kit’s infidelity change everything for Laurel?

How will she react to Gabby’s betrayal? 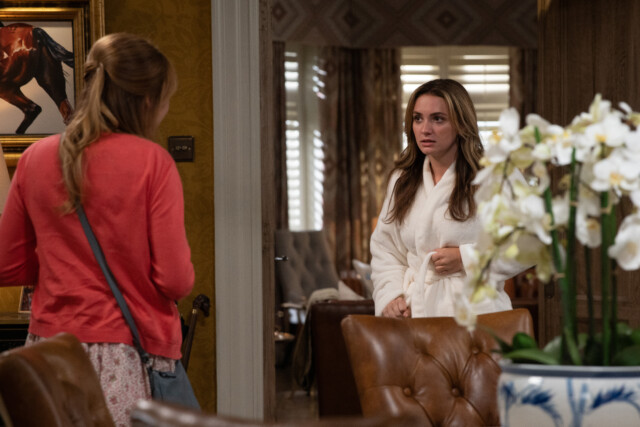 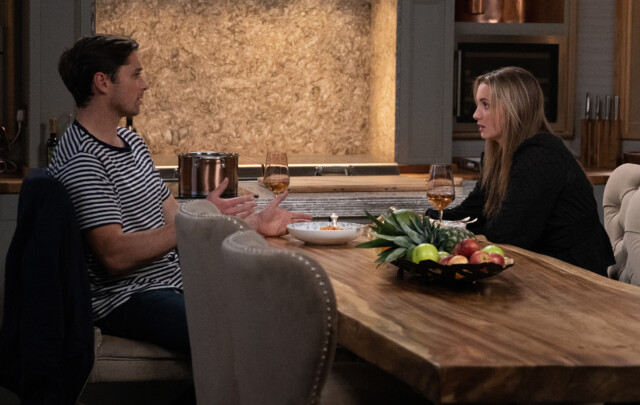 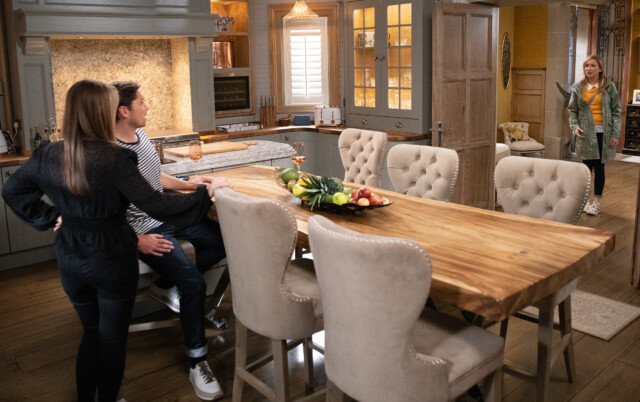 How will Laurel react?
Did you miss our previous article…
https://hellofaread.com/soap-opera/eastenders-spoilers-bobby-beale-and-dana-monroe-reunite-after-she-cheated-with-his-brother-peter/