LEYLA Cavanagh’s cocaine addiction is far from over with and things are set to come to a head.

The Emmerdale wedding planner makes a horrifying decision upon seeing drug dealer Callum come back to the village.

Leyla is in big trouble next week

Callum returns to the village with a job offer 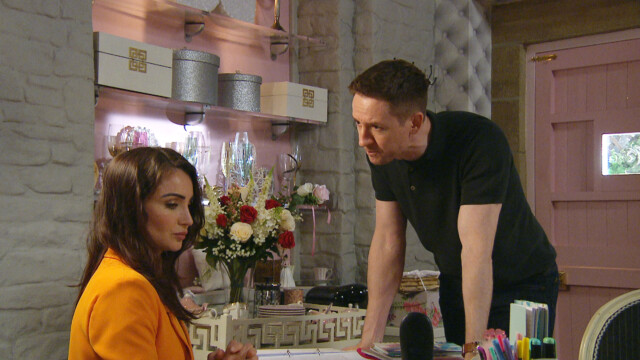 After weeks of secrecy and despite being caught red-handed by David Metcalfe, Leyla (played by Roxy Shahidi) is still struggling to take a step back from drugs.

In scenes due on our screens next week, however, her addiction to cocaine could land her in some serious and potentially fatal trouble.

Leyla is firstly alarmed when drug dealer Callum (Tom Ashley) shows up at Take A Vow to ask her to store drugs in exchange for cash.

After being fired by Kim Tate, Leyla knows Take A Vow’s finances aren’t what they should and she crosses a line by calling Callum to accept the job.

The following day, Callum turns up again but with a much larger bag of drugs than she agreed to store.

But Callum knows how to get to her and offers to pay her extra – leaving her short on options.

Suzy Merton (Martelle Edinborough) is surprised when she spots Callum outside Take A Vow and asks him if Leyla is still scoring.

Little do they know Matty Barton (Ash Palmisciano) is watching from a distance, convinced he’s witnessing a drug deal between Suzy and Callum.

Later on, Suzy asks Leyla if she’s back on cocaine after supposedly quitting and she lies through her teeth.

However, Suzy grows suspicious when Leyla keeps insisting that she’s kicked the habit.

In later scenes, desperate to have something he can use against Suzy as revenge for her involvement in his sister Holly’s death, Matty searches Take A Vow – and is shocked to find a large holdall of drugs.

Matty panics, grabbing the holdall before heading off, although he is determined to make Suzy take responsibility.

He is happy with himself when he comes up with the perfect plan and manages to plant the bag full of drugs in Suzy’s car.

But Matty is simmering to see Suzy attending Rhona Goskirk’s hen party. and loses his cool, berating her before telling her she isn’t welcome.

Suzy leaves and drives away, allowing Matty calls the police and reports the drugs he planted in her car.

Meanwhile, Leyla is startled when she realises the drugs are missing from the Take A Vow office and is flustered when Callum returns.

But her confusion turns to terror when Callum says he won’t be responsible for his actions if she doesn’t find the missing drugs by the end of the day.

What will Leyla do?

Could Suzy be arrested for the drugs she was meant to hide?

Emmerdale airs from Monday to Friday on ITV. 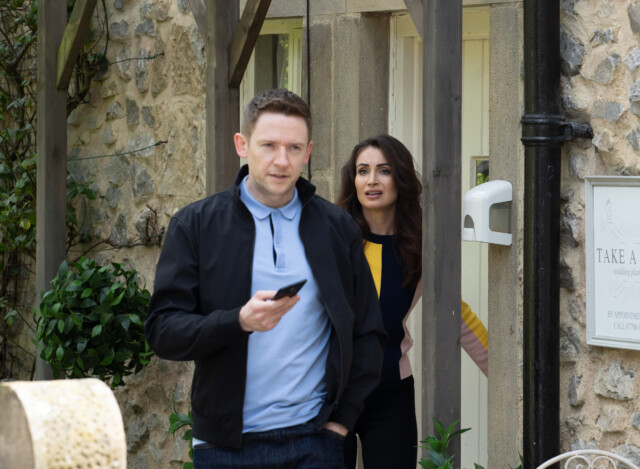 Leyla is struggling to get off the hook 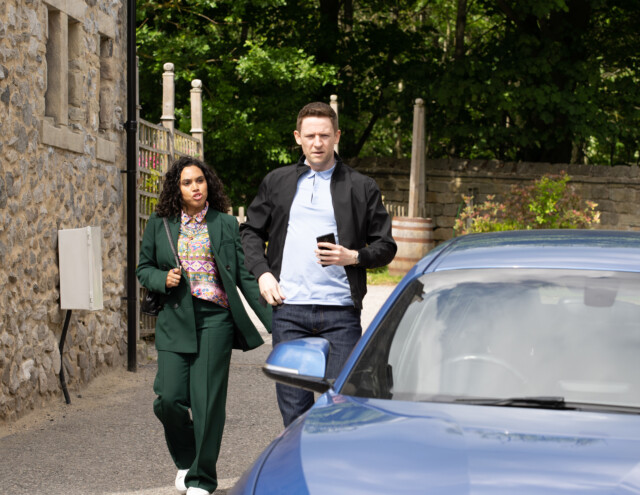 And Suzy Merton may pay the price

PS5 stock UK updates – Currys ‘to sell Playstations TODAY’ – plus how to...

Teenagers aged 16 and 17 to be offered vaccine within days in drive to...