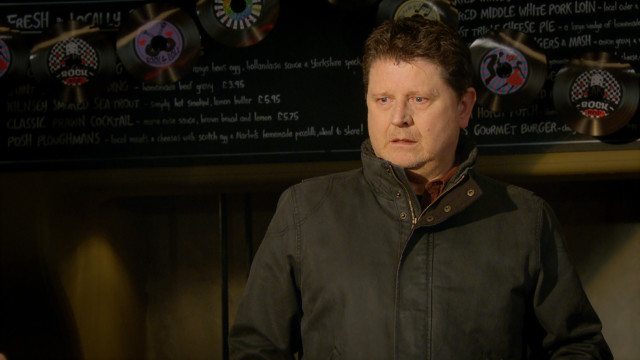 PAUL Ashdale targets Liv Flaherty after discovering she owns her own house next week in Emmerdale.

Paul – who is played by Reece Dinsdale in the ITV soap – will make the dodgy move as newcomer Connor continues to demand his money.

Viewers will see Mandy and Paul make an effort to get on for Vinny’s sake.

Paul is intrigued when he learns that Liv owns her house.

Later, Connor corners Paul and menacingly demands £4000 by the end of the week.

Paul hatches a plan when Connor demands his money Will Paul hatch a plan to get the cash that involves Liv?

Last week Paul came clean to Mandy about his gambling habits – but not his violent outburst – after seeing how much upset it was causing Vinny.

But after Mandy kicked him out and insisted she wanted nothing to do with him, Paul was taken into A&E after being attacked by his nemesis Connor.

Speaking to the media about the ongoing storyline, Bradley Johnson recently revealed: “Vinny hasn’t told Mandy about Paul’s violence because he’s scared of what she might do. He reckons she would kill Paul.

“All Vinny wants is to have a happy life, a happy mum, and a dad who doesn’t beat him up and isn’t gambling. He’s happy with Liv and just wants to be happy, but something obstructs that.”

Speaking about Vinny’s reaction to seeing Paul in hospital, he added: “It’s mixed emotions when Vinny sees Paul. He sees him lying there and a part of him thinks: ‘Maybe this is the wake-up call he needed, he’ll get better for his family and stop gambling’.

The Masked Dancer’s Mo Gilligan preparing to crack the US – with help from...

What age do child benefits stop? Here’s how you could still be entitled to...