NATE Robinson’s world is about to be rocked when Tracy Metcalfe makes a surprise return to Emmerdale just as he commits to new girlfriend Naomi.

He’s blown hot and cold with Naomi in his attempts to move on from absent ex Tracy (played by Amy Walsh) but now just as Nate (played by Jurell Carter) and Naomi make a go of things, Tracy’s return to Emmerdale with baby daughter Frankie in tow threatens to jeopardise his new relationship.

Nate spots Tracy and Frankie in The Woolpack beer garden

Nate is over the moon to be reunited with little Frankie

After Naomi finally reported herself for her involvement in Nicola King’s attack, Nate has been standing by his housemate-turned-girlfriend.

Nate promises Naomi he will be there for her plea hearing but an unexpected distraction causes Nate to miss the court appearance which is sure to not go down well with Naomi.

Nate is left stunned when he casually spots Tracy and Frankie from The Woolpack beer garden.

With Tracy firmly back in the village, it’s bound to cause an impact for more than just Nate.

It soon becomes clear that Nate’s feelings have been reawakened for Tracy and it remains to be seen how the lothario will navigate having both his old flame and current girlfriend in his life.

After realising she could no longer carry on with her romance with Nate following his ultimate betrayal, Tracy accepted a job offer in Nottingham.

Tracy packed up with baby Frankie, leaving Nate all alone as she took up the position with a post-natal depression charity after she overcame it herself following Frankie’s birth.

Nate was left floored as the pair had left as he had even cared for Frankie solo while Tracy got help in a psychiatric ward for her depression.

Now, with both women in his life just what will Nate do?

Will he stay with Naomi or will the reignited feelings for Tracy be too much? 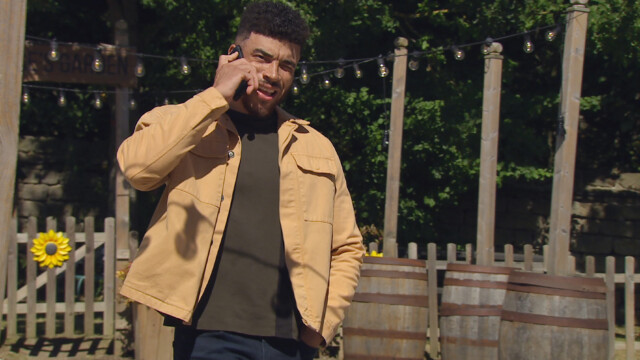 Nate is shocked as he unexpectedly sees the pair 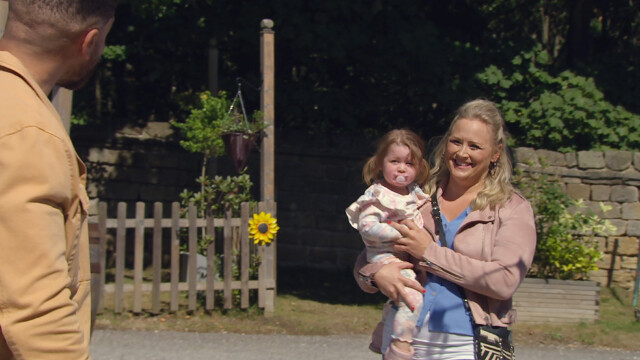 Tracy has her feet back in Emmerdale

Prince Harry only did his UN talk for money & his Netflix show, royal...

Exact date millions of disability benefit claimants will get £150 cost of living cash...