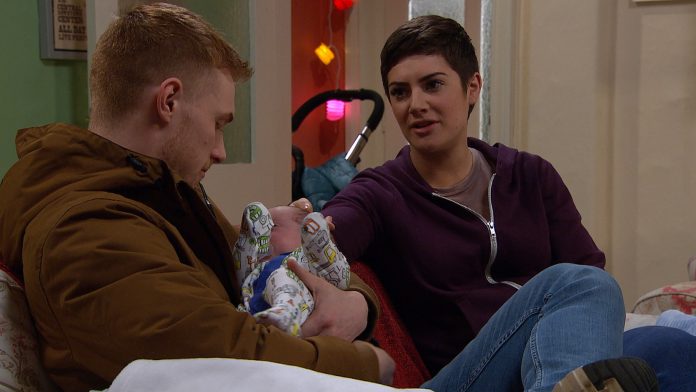 EMMERDALEs Victoria Sugden encourages Luke Posner to apply for a job at the Woolpack pub where she also works.

Luke – who is played by actor Max Parker in the ITV soap – is the brother of Victorias rapist Lee Posner.

Emmerdale viewers were left speechless when Wendy Posner and her son Luke bulldozed into the village to continue Lees reign of terror over Victoria.

Wendy was convinced her son was innocent and set about tormenting Vic for lying about the rape, bringing back painful memories for her.

However, in emotional scenes over the last few weeks, the reality has finally sunk in for Wendy after she overheard Victoria talking about her pain following the rape.

The catalyst was a fight between Aaron and one of his one night stands who tried to steal from him, which gave Victoria a nasty flashback to the night of her trauma and left her shaken.

As she confided in Liv, Wendy overheard her words while walking her dog and realised that she must be telling the truth about her son.

Fans know that Victoria is growing fond of her rapist’s brother Luke and that there might even be romance on the cards as the pair bond over baby Harry.

Meanwhile, in an upcoming episode, Victoria lets Wendy see Harry – much to the new grandmothers delight.

Later when Luke arrives, Victoria tells him he should go for the chefs job at the pub thats being advertised.

He’s aware this would mean they’d be working together, and is touched.

The next day, Luke offers to look after Harry for Victoria. Could this be the start of a blossoming romance between the pair?

Its clear the pair are growing close, but fans are still convinced that Aaron is going to be the one to capture Lukes heart – and not Victoria – on the ITV soap.

Aaron and Luke then ran into each other at a gay bar earlier this month, leaving fans convinced that a romance – or steamy fling – between the two is written in the stars.

EastEnders Katie Jarvis says shes hurt and embarrassed after being job-shamed for working at...