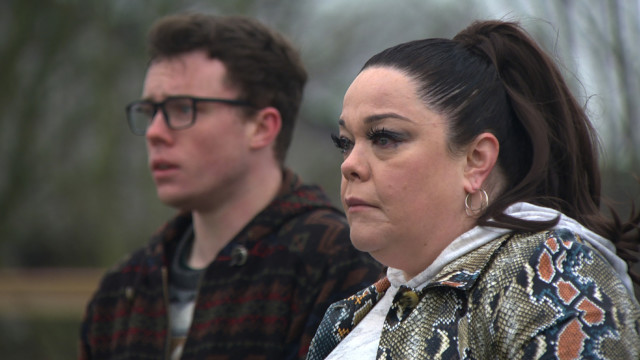 EMMERDALE may have already started the year with a bang, but the soap has some more huge storylines lined up this Spring.

As secrets spiral, lies create life-altering consequences and the return of some familiar faces – ITV bosses have teased the upcoming drama.

New dramatic storylines are coming to our small screens this Spring

Dark secrets and betrayal will be coming to light – with the TV giant teasing “tragedy strikes”, changing the lives of some villagers forever.

Vinny, depicted by Bradley Johnson, has already suffered months of torment every time he gets on the wrong side of his dad Paul.

The net will “close in” on the gambling addict father-of-one as he prepares to wed Mandy, who is looking forward to the wedding of her dreams.

Will it go smoothly? Time will tell – but it’s sure to lead to disaster as Paul remains in debt to Conor.

Mandy is looking forward to the wedding of her dreams

Discussing the drama that lies ahead for Paul, the soap’s executive producer Jane Hudson told the metro it’s bound to end in “tragedy”.

“It’s going in a really big direction, it’s our most ambitious work since Covid hit,” she explained. “Ultimately this story will end in tragedy.”

Meanwhile, Jimmy and Nicola’s marriage is being pushed to its limits as they battle to keep custody of Jimmy’s son Carl.

With Juliette returning, Jimmy was crushed to know his son was keen to get to know her and fretted she would take him away. Jimmy and Nicola’s marriage may be on the rocks The pair discover they are being tracked by an investigator

While keeping a close eye on their son, the couple discover their every move is being watched by a private investigator.

Faith Dingle is back in the Dales and plays the domestic goddess as she moves in with her grandson Nate, Tracy and her new great granddaughter.

It’s thought Faith will be trying to patch things up with son Cain and stay out of trouble – but it’s likely she will be sidetracked into mischievous schemes.

While Harriet remains missing in the village, Will guards the secret of her whereabouts by telling friends and family she is away on a retreat. Having struggled to keep Malone’s death a secret, it is discovered Will has been keeping the youngster in the cellar.

When Kim turns up unannounced to the home, she becomes suspicious of the noises from under the floorboards – but will she be found?

Dan may have had a tough time last year after an incident left him badly injured and needing to use a wheelchair, but he manages to get himself caught up in more drama.

Using his gift of the gab around Wendy, Dan highlights some of Bob’s biggest insecurities, causing a jealousy that could jeopardise his happiness.

ITV boss Kevin Lygo shared his excitement at the new storylines, which will be hitting out small screens in just a matter of weeks.

Praising the soaps production teams, he said: “Our brilliant soaps have continued to film on a weekly basis providing us with new episodes throughout the pandemic.”

Emmerdale airs weekdays at 7pm with an extra episode at 8pm on Thursdays on ITV.

Did you miss our previous article…
https://www.hellofaread.com/soap-opera/coronation-street-fans-spot-major-alya-mistake-as-she-battles-to-save-yasmeen-after-shock-collapse/

Liz Truss and Rishi Sunak face toughest test yet as they go head-to-head in...