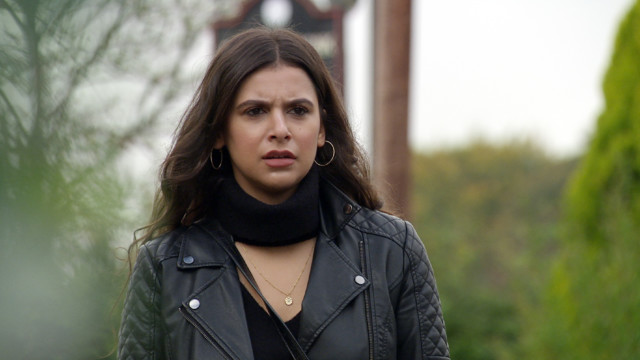 EMMERDALE star Paige Sandhu has revealed she has a secret long-term partner.

The actress – who plays serial killer Meena Jutla in the ITV soap – has confirmed her long-term relationship but won’t talk about it.

Paige has teased the ending for her character Meena

She told Fabulous: “I have got a long-term partner, but I’m not going to talk about him because I just want to protect our relationship. Sorry about that!”

It comes after Paige teased the dramatic end for her character.

She joined the soap in September 2020 as Manpreet Sharma’s estranged sister but has quickly become a soap favourite.

She pushed Leanna Cavanagh over the bridge to her death, she beat Andrea Tate and left her to burn alive in a fire, and then bludgeoned Ben Tucker to death at the HOP.

Last week viewers watched as she tried and failed to kill Dawn Taylor and Billy Fletcher.

She was caught by Liam Cavanagh and he tried to kill her but failed.

Now in police custody Meena has confessed to killing Ben, but insists it was self-defence. It is not known how long the storyline will continue for but actress Paige has confirmed she is leaving the soap.

Speaking on This Morning earlier this week, she said: ”This is the beginning of the end for Meena but there’s more drama to come!”

It even left her in tears.

“The ending’s incredible, better than I could ever have imagined, and I have already started crying,” she told the Mirror.

“[Meena] is a psychopath and believes nobody will ever get the better of her. Psychopaths are incapable of feeling fear like we can.”

Queen Elizabeth news: Monarch VOWS her life ‘is ALWAYS devoted to service’ as she...

The Queen has been forced to ‘give up horse-riding’ in lockdown and has been...