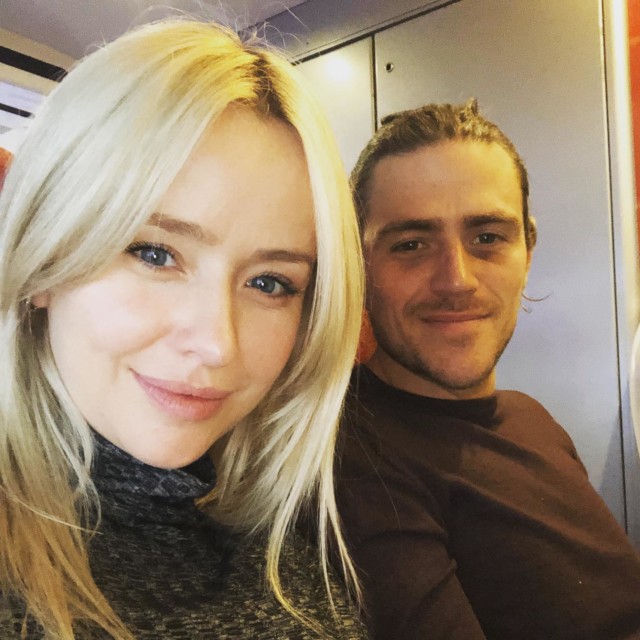 SAMMY Winward recently announced a return to acting after finding fame on Emmerdale.

The soap star continues to keep fans updated with her life on social media, including revealing she’d married her beau Martyn Hardy.

In October last year, Sammy and Martyn celebrated their fourth wedding anniversary. The couple have been friends for over two decades, and it’s reported that Martyn works as a Human Resources manager.

Sharing a picture on Instagram of the pair sat on a train, Sammy told fans: “On our way home from our London celebrations. Had the most magical weekend. The ballet, comedy clubs, food, food, and more food and walking until our feet hurt.

“Six years today being engaged to the love of my life, four years married, 24 years of friendship and still going strong. Here’s to 24 more.”

Sammy, 36, has also got fans seeing double in candid snaps with her lookalike daughter.

Sammy and David were engaged to be married when Mia was born in June 2005, but the couple split just three months later.

During an appearance with Sammy on Loose Women in August 2021, Mia revealed that she’s following in her mother’s footsteps by becoming an actor.

When Loose Women panelist Kaye Adams described Mia as Sammy’s “spitting image”, the former soap actor said: “I always thought ‘oh my god, I’m only going to be 36 or 37 when she is 18’ and I’m nearly there now and it’s just crazy because we just feel like best mates really.

“Obviously there is the mother and daughter relationship, but we’re more like best mates.”

Sammy starred as Emmerdale’s Katie Sugden from 2001 to 2015, although there’s no chance of a future return as her character was killed off.

Speaking of the decision to kill the beloved character, Sammy said in 2015: “It’s probably best that she was killed off.

“Now I won’t be looking over my shoulder all the time thinking: ‘What if I went back?’ It’s a clean cut.”

Since her time on Emmerdale came to an end, Sammy starred in a string of gritty dramas, including 2015 thriller Prey, and 2017 crime series Fearless.

In December 2021, Sammy announced that she had been cast as the female lead in a new drama called The Saturday After, with plot details and a release date yet to be announced.

When she isn’t rehearsing lines for her TV roles, Sammy can often be found dishing out expert beauty tips on social media channels.