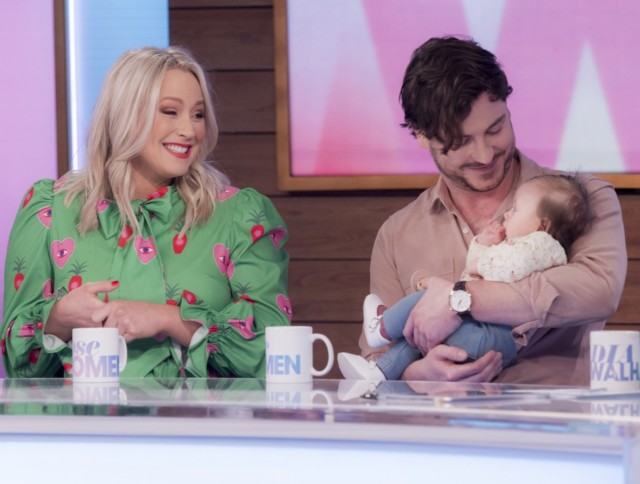 AMY Walsh has opened up about daughter Bonnie’s “tough birth” as she and Toby-Alexander Smith introduced her on Loose Women.

The couple appeared on Friday’s edition of Loose Women with little Bonnie and Amy discussed life as a new mum and their daughter’s birth.

She said: “Yeah, it was tough. It wasn’t easy at all. I kind of prepared myself for the worst but it was worse than the worst.

“I had to be induced for various reasons and risk of infection which obviously just catapults you doesn’t it. The contractions were going fast but I wasn’t dilating.

“It was just really hard to get her out at the end and various other complications. top off the crops

“I had an epidural because of the induction but that came out so I had to have another one reinstated mid worst part of your contractions.”

Toby also shared his experience of seeing Amy going through such a hard time.

He said: “It’s so hard watching the person you love and care about, which is ultimately a magical thing, going through so much pain.”

Amy previously revealed she feared her gruelling storylines on Emmerdale would have a negative impact on her pregnancy.

She even sought medical advice because her character Tracy Metcalfe‘s on-screen life was so intense.

Amy explained: “It was very strange timing because the early days of my pregnancy came at the height of that story.

“It was a lot of heavy content and emotional scenes, so I checked with my midwife to make sure that me crying all the time at work couldn’t be affecting the baby.

“She asked if I was enjoying the work and coming away feeling happy and satisfied. When I said I was she explained that I’d be getting endorphins from doing well at work and that it was different to me going through that turmoil personally. Toby confessed it was hard watching Amy going through so much

Boris Johnson adds milk to his tea BEFORE removing the bag but whats...