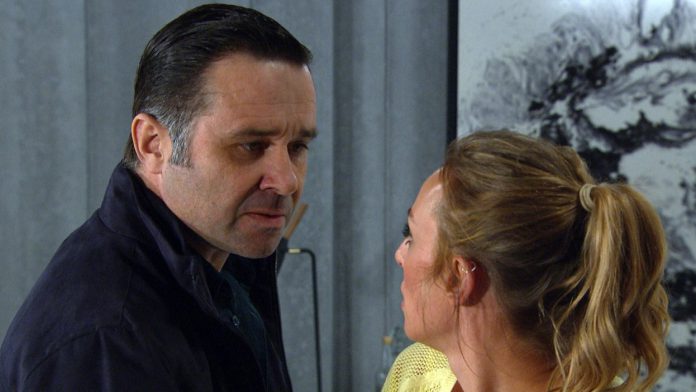 ANDREW Scarborough has reportedly quit Emmerdale and his character Graham Foster will leave the village in dramatic scenes to air in the new year.

The actor is set to film his last scenes in the next few weeks in a top secret storyline, after two years on the soap.

While there’s no word on the story quite yet, it’s most probably going to centre around his feud with ex-lover Kim Tate (Claire King).

A source told the Daily Star On Sunday: “Andrew’s been a great addition to the cast and has been involved in some of Emmerdale’s biggest storylines since he arrived in the village in 2017.

“So he was never going to leave in the back of a taxi.

“His exit will be huge and will kick start a drama filled and action packed year in the Dales.”

Former soldier Graham was a mysterious character upon his arrival in 2017.

Before arriving on the farm, it turned out he was involved in the death of his wife and child while drink driving.

He’s also most likely the biological father of Millie with Andrea Tate (Anna Nightingale) – even though Jamie Tate believes he is the dad.

But the shocking exit is bad news for Graham as he is starting to turn his life around with a fledgling romance with Rhona Goskirk (Zoe Henry).

A furious Kim Tate is likely to interfere with this after he ended their alliance and affair.

Co-stars Samantha Giles – who plays Bernice Blackstock – and Anthony Quinlan (Pete Barton) have announced they are leaving the soap.