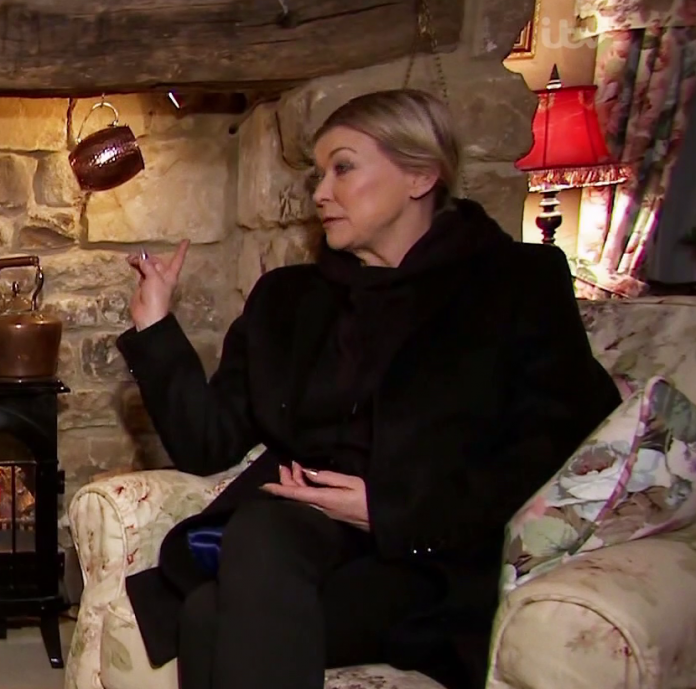 The dark businessman, played by Andrew Scarborough, will be brutally killed off this week as he tries to escape the village with Rhona.

In recent months, the character has made enemies out of several of the villagers, meaning that the list of suspects is incredibly long – and long-running baddie Kim is top of the list.

When quizzed during a special Emmerdale segment on this morning’s episode of Lorraine, actress Claire said of her character: “He knows a lot of her secrets and if they were to get out she could get sent back to prison.

“There’s every chance Kim has killed Graham, she’s not a happy bunny.”

The other cast members interviewed remained more tight-lipped, with with Charity Dingle actress Emma Atkins sharing: “Charity has several reasons why, it goes back 20 years – we have major history.

“There are too many people that he has aggravated.”

Chris Bisson, who plays Jai Sharma, added: “You might start to change your mind over who the murderer is because you’ll be getting different clues throughout the week.”

Jamie Tate actor Alexander Lincoln said of his character’s potential involvement: “It’s a massive thing for Jamie so I think there will definitely be something there.”

And Mark Charnock who plays Marlon Dingle praised the soap’s “really clever structure” as he shared: “There’s every potential I lost it and killed him.

“It’s been building that way, there are so many candidates now it has been a really cleverly structured whodunnit.

“At the moment, everything is up for grabs and everybody is under the microscope.”

Discussing his character’s demise, Andrew said that it was always “fairly obvious” that Graham was going to be killed off, adding: “I don’t think he’s deliberately upset everybody, he is deeply misunderstood.

“With a character like Graham, who lurks in the shadows, I think it was fairly obvious this was going to happen at some point.

“But I don’t know who would have the guts to murder him.”

Graham’s murder will be shown this week, which each episode focusing on what happened from a different character’s perspective.

Rishi Sunak vows to do whatever it takes to help Ukraine’s President Zelensky defeat...