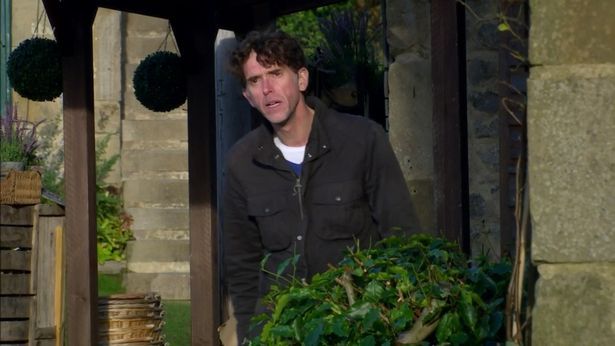 EMMERDALE’S Al Chapman is set to be exposed after Marlon Dingle spotted him with Debbie.

The businessman – who is played by actor Michael Wildman in the ITV soap – has been two-timing Priya Sharma and Debbie and now his secret is set to be exposed.

In the closing moments of last night’s episode, Marlon spotted Debbie and Al having a very cosy conversation.

Could he expose their relationship to the Dingles or will Debbie find a way to keep him quiet?

Actress Charley Webb has revealed how Debbie will take devastating revenge on Al when she discovers the truth.

Debbie will hit the roof when she discovers the truth

She was immediately thrust into the drama on Christmas Day when it was revealed she was businessman Al’s mystery woman.

Viewers have known for months that Al has been cheating behind Priya Sharma’s back.

However, it soon became clear that Debbie had no idea she was the other woman – or that Al was with Priya.

Instead she thought they were hiding their relationship because of her family’s potential reaction. Al is actually with Priya Sharma – but Debbie has no idea Their relationship was revealed at Christmas

Debbie will soon discover the truth – and Charley has promised that all hell will break loose.

She said: “It’s not going to go down well. I think there could be fireworks.

“She’s going to be really hurt because she’s let another guy into her life and it’s all going wrong.

“She’s not going to let him get away with it. There will be definite consequences.”

However she also teased that Al won’t see it coming.

Charley added: “She’s the kind of character who will do something quietly or a little bit, but the ripple effect means everyone will know about it.

“Her revenge will be quite quiet.”

Did you miss our previous article…
https://www.hellofaread.com/soap-opera/eastenders-kara-tointon-welcomes-a-baby-boy-as-she-gives-birth-to-second-son-with-fianc-marius-jensen/

Care home staff may be forced to get Covid vaccine to protect residents as...

MPs to quiz BBC chiefs over bias after Joe Lycett was allowed to ridicule...

What is the Love Island postcard on Casa Amor?