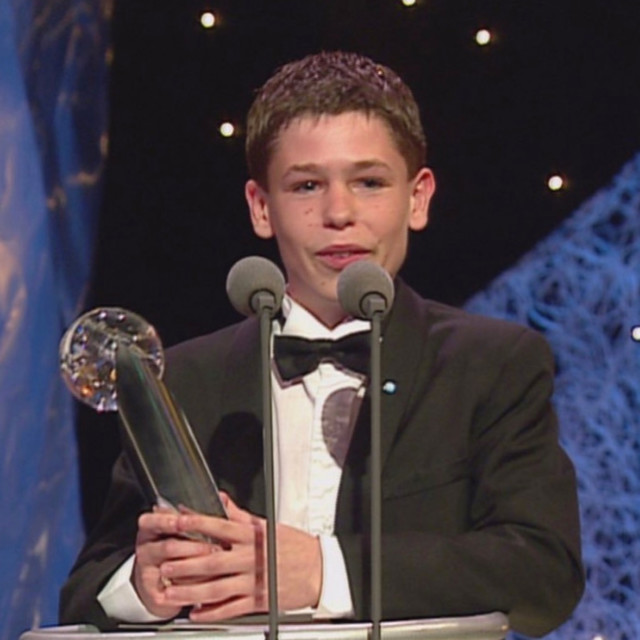 The Andy Sugden actor, now 36, looked back at his award nomination after joining the soap as a teenager.

Sharing on Instagram, the photo shows Kelvin as a fresh-faced lad in a black tuxedo, holding up the award for Best Dramatic Performance in 1999 – when he joined the soap.

He captioned the image: “1999 British Soap Awards I was nominated and made the final 4 shortlist for Best Actor and walked away with Best Dramatic Performance.

“No child awards or categories back then, I was a 15 year old actor up against the adults and people I had long admired and inspired to follow.

“To be even in the same room as them was humbling, let alone receiving such recognition. Andy with his new hair

“To this day still one of my proudest moments. To all the young aspiring actors out there; keep believing in yourself even when at times it seems nobody else does.

“Perseverance and Patience is key.”

He was also nominated for Best Actor in that year, but didn’t win.

The British Soap Awards told HOAR Online in March that they had made the decision to cancel this year’s ceremony because of the pandemic. Kelvin now has his own kids

Instead, a special episode celebrating the best of soaps over the past 21 years will air narrated by Phillip Schofield tonight at 9pm on ITV.

Kelvin left Emmerdale in August 2016 and has since gone on to win Strictly Come Dancing in 2019.

Love Island spoiler: Shaughna says shes ready to MOVE IN with Callum without...

Prince Harry and Meghan Markle hit back as Queen strips them of Royal titles...