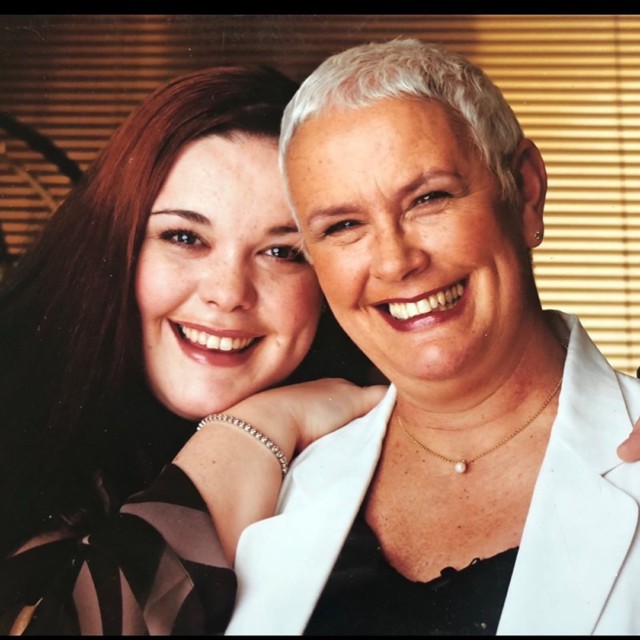 EMMERDALE star Lisa Riley told fans that her pain gets worse by the day after her mum’s death from cancer eight years ago.

The actress, 44, paid tribute to mum Cath on Instagram yesterday with a happy picture of the pair together.

“My mum Cath was everyone’s reason to happy, bringing joy and happiness to each and every person she met.

“Her electric personality radiated from her, I hope these two photos show just how much love and compassion she had for everyone,reasons the pain without her gets greater and greater by the day.”

Lisa said the smiling pictures of Cath, who died in July 2012, reflected her bubbly and kind personality.

She continued: “Unique, different, special, fun, kind, empathetic, one of a kind. The list could go on and on, her glow in these pictures speak volumes of her LOVE….my forever, always angel. KEEP SHINING FROM HEAVEN.” Lisa said the smiling pictures of Cath, who died in July 2012, reflected her bubbly and kind personality Lisa said her ‘world fell apart’ after her mum’s death

Each year Lisa remembers her mum with a touching post.

On the fifth anniversary of her death, Lisa said her “world emptied” when her mum passed away.

And she urged fans to love those close to them to the fullest. Loose women star Lisa was incredibly close to her mother and was devastated when she was diagnosed with breast cancer in 2000.

In an emotional interview following her death, Lisa told The Mirror: “It went into her ovaries, then her pelvis. When it reaches the pelvis… boom, it goes round the body like a firework. I knew then that it wasn’t good.

“She died in my arms. She was at my house. The entire family was there and we laughed together on the morning that she passed away.

“That was Mum. It was wonderful. She had dignity. She was fun and smiles to the very, very end.”

During an episode of Loose Women in 2016, Lisa admitted she didn’t think she’d come to terms with the loss of her mum. Lisa was incredibly close to her mum

She said: “A lot of things dawned on me. I lost my mum four years ago. I had this massive realisation, of how much I missed her, and what a brave face I’ve been putting on Christmas after Christmas.

“Mum was this woman who was always in the kitchen, the table was beautiful, and I had to learn by her brilliance and take over.

“It was pure guilt, I’ve had to realise that for myself. I put this t-shirt on, this bravado t-shirt.

“If I’m not the matriarch with the smile then my brother and dad will struggle, because they see my mum in me.”

Did you miss our previous article…
https://www.hellofaread.com/soap-opera/emmerdale-spoilers-dan-spencer-lashes-out-at-daughter-amelia-as-overwhelmed-youngster-tries-to-help-him/

How to vote in the 2019 general election?