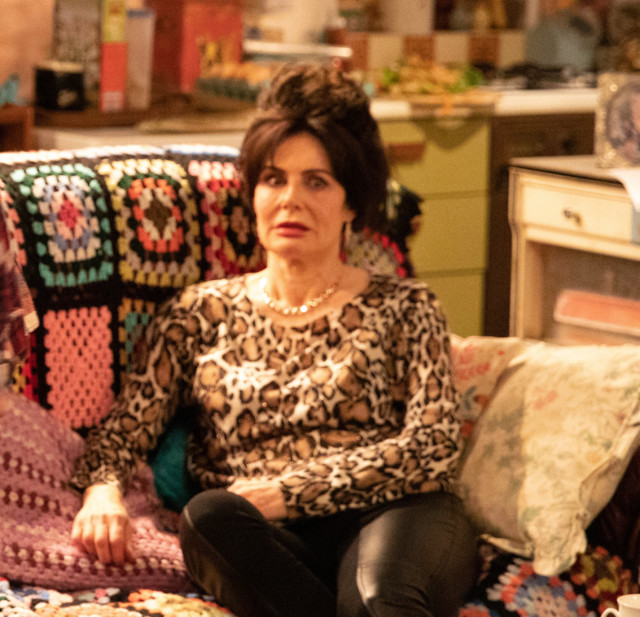 The character left the Dales in October last year after son Cain discovered she had known he had a secret child.

Cain was devastated to discover Faith had forced the mother of his child to leave him alone – and that Nate Robinson was his secret son hell bent on revenge.

Disowned by her family, Faith fled the village, but in a chat with Metro.co.uk Sally hinted her exit wasn’t permanent.

Talking about her experience of lockdown, the 60-year-old said: “I can’t wait to start work again!

“And of course I hope Emmerdale and I cross paths again – my mum would never forgive me if it didn’t!” Despite her eagerness to get back to work, Sally is certainly keeping herself busy during lockdown.

She said: “I’ve spent more time on the phone and Zoom and all that computer contact stuff than I can remember doing before so it doesn’t seem like social isolation at all!

“It’s strange to be so physically distant though. I couldn’t say I have a regular routine other than the exercise – and watching Star Trek ( he original) at 6pm – oooh I know how to live! But I feel like I’m quite busy!

“I love poetry – and have learnt the odd verse to keep the brain cells a- ticking!” Earlier this week, Sally’s former Emmerdale co-stars returned to work to film lockdown scenes so the soap can continue airing throughout June.

HOAR Online’s exclusive photos showed medical professionals at the location to ensure that everyone had passed a medical test and the cast and crew’s safety was being observed. Towie in chaos as furious bosses haul Chloe Brockett in for emergency meeting after...

Love Island’s Camilla Thurlow reveals she’s ‘overcooking’ her baby as she goes past due...