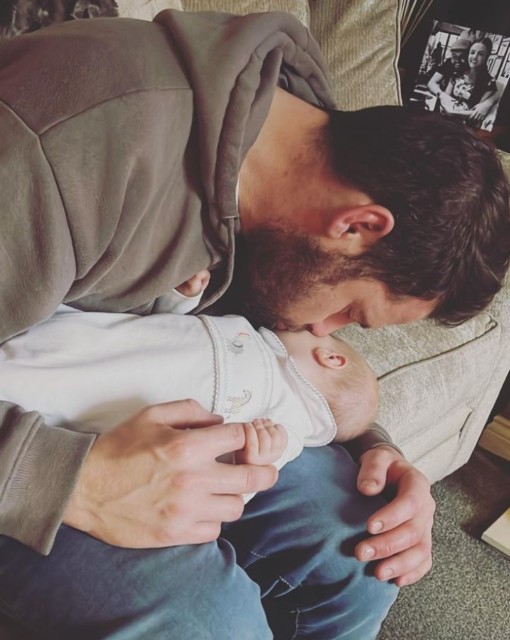 KING of the Jungle Danny Miller has been reunited with his son Albert after I’m A Celebrity.

The emotional moment was captured in a touching snap as the Emmerdale actor gave his child a tender kiss.

Touching moment Danny Miller is reunited with his son Albert

Danny, 30, captioned the cute picture with the words: “Danny’s Home ”

The winner shares his first child with fiancee Steph Jones, who has been rallying for Danny throughout his three weeks on the ITV show.

The star has admitted he feared he would be criticised for leaving his son weeks after he was born to go into the Welsh castle.

Last night he was crowned the 2021 champion, ahead of fellow ITV stars Simon Gregson and Frankie Bridge.

Danny’s fiancee Steph Jones took to his social media last night to thank everyone for their support and revealed the soap star’s anxiety about leaving his first child while urging fans to vote for him.

Steph penned: “THANK YOU everyone who has helped Danny to get into the final.

“I can’t explain in a post how much this will mean to Danny and how proud we are of everything he has achieved over the past few weeks.

“From all the anxiety he had before starting the show in regards to the public’s opinion in regards to his decision to do the show so close to Albert’s birth, he now must know that the public love him as much as his friends and family and I hope this gives him the boost of confidence he needs in life going forward,” she added.

“No matter what the result he’s been amazing to watch from start to finish, he’s made everyone proud and he’s the best Daddy Albert could ever wish for.

“We can not wait to see him and hold him so tight. Please continue to vote for Danny to be our KING. Thank you for everyone’s support! KING DANNY”.

Hours after he was crowned King of the Castle Danny broke down in tears on Lorraine as he was reunited virtually with his baby son and fiancee.

The former Emmerdale actor sobbed: “Oh darling I love you so much.”

Who is Rebecca Long-Bailey and why has she been sacked?

What was James Brokenshire’s illness?