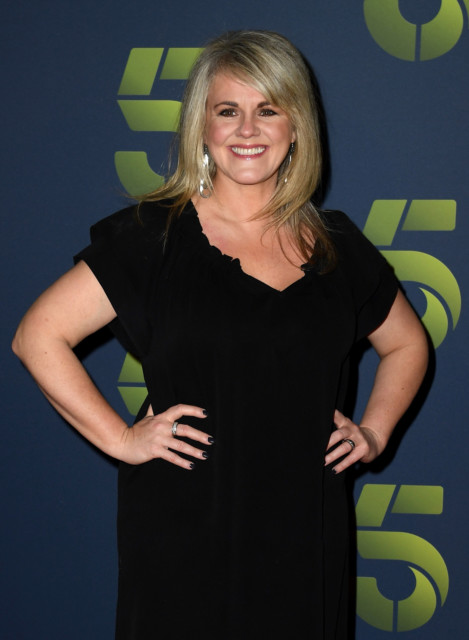 EX Coronation Street star Sally Lindsay turns down the opportunity to appear on I’m A Celebrity Get Me Out Of Here! despite being asked every year.

The Mount Pleasant star also admitted in a candid chat on the Events That Made Me podcast, that she hasn’t watched an episode of Corrie since she left the show way back in 2006.

Former Coronation Street star Sally Lindsay keeps turning down the chance to appear on I’m A Celebrity Get Me Out Of Here!

When asked by Liz if she has ever been invited to feature on the hit show, I’m a Celeb, Sally replied: “Oh yes, most years, but, oh God no! If one of the kids needed life-saving surgery, then maybe I would go.

“Not that I don’t think it’s brilliant. I love watching it! But I can’t even eat prawns because they look like insects.”

If Sally were to make an appearance on I’m A Celeb, the stomach-churning eating trials would be her downfall, adding: “I could do all the other things, but it’s the eating I couldn’t do, They’d all be starving.”

Sally, 46, played Shelley Unwin in the long-running ITV soap from 2001-2006, whose most famous storylines included a bigamous marriage to Peter Barlow (Chris Gascoyne) and an abusive and controlling relationship with Charlie Stubbs. Since then, she has gone on to appear in several shows, such as ITV drama series Scott and Bailey from 2011-2016.

During that time, Sally featured in Sky 1 comedy drama Mount Pleasant as Lisa Johnson for six years from 2011-2017.

The actress was very busy throughout this period as from 2011-2014, she was a panellist on popular daytime talk show Loose Women.

Since 2013, she has starred in BBC sitcom Still Open All Hours, with the most recent series six ending in December 2019. Jennie McAlpine finished fourth when she entered the jungle in 2017 If Sally were to ever step foot into the Australian jungle, she would be joining other Corrie stars to take on the challenge such as Andy Whyment, Jennie McAlpine, Helen Flanagan and Sair Kahn.

Jennie plays the bubbly Fiz Brown and finished fourth on I’m A Celeb in 2017, while Alya star Sair Khan came 9th in 2018.

Helen Flanagan played Rosie Webster in Corrie and had one of the most memorable stints in the jungle’s history in 2012, refusing to do many of the trials she was voted for and came seventh place.

Soldier shot his leg off ‘to get out of Army unit’ rocked by allegations...