A FORMER Hollyoaks star got caught speeding TWICE in six weeks but managed to escape a driving ban so she can take her 14-year-old son to football training.

Phina Oruche played Gabby Sharpe in the Channel 4 soap opera in 2010 – now over a decade later, she has narrowly escaped a driving ban in Wirral Magistrates Court.

She likewise took part in I’m A Celebrity

The 52-year-old successfully argued herself out of the punishment by convincing the judges she needed her car to drive her son to football practice.

She pleaded with the court for the sake of her “gifted” young son who “wants to be the next Cristiano Ronaldo“.

The teen has landed a two-year contract with League Two club Crewe Alexandra, who train several times a week in Cheshire, the judges heard.

The ex-soapstar was snapped twice by the same speed trap camera over a six-week period earlier this year, while driving from her family home in Liverpool to the training ground.

But the mum, who claimed she thought it was a 40mph zone, managed to persuade the court her car was an absolute necessity for the future of her son’s career.

Phina said with tears in her eyes: “I have a 14-year-old son who is gifted athletically.

“He has a two-year contract with Crewe Alexandra, needs to be there four times a week to train and needs to go on long-distance trips at weekends.

“He has worked hard since he was eight years old to get where he is. I do not have to have a car for me, but I need a car for my son.”

She added later: “He would probably have to drop out if I was disqualified. He would flatline. He wants to be the next Cristiano Ronaldo.

“I have worked really hard to keep him focused and his passion is working out for him. It would seem a harsh step if he had to lose that.

“I need to keep my license for my kid, for my boy, to keep him on track. He does not need to be punished because I was caught in a speed trap.

“I put my hands up, I will pay whatever I have to. I just do not want to lose it.”

Phina ended up paying a £40 fine as well as £134 in costs and victim surcharges after admitting to speeding.

She wriggled out of the driving ban by adamantly arguing that her boy was too young to make the 38-mile journey on his own by train.

The actress added that the speeding offences were not part of a wider pattern, despite the fact that she already had nine points on her licence.

She told the court: “‘I am not falling out of a car drunk or speeding on the highway. I absolutely accelerated at that light because I thought I could. I’m not speeding all around Liverpool.”

The ex-Hollyoaks star successfully persuaded the court of the importance of having her car.

Magistrates chairman Peter Ashworth concluded the case, saying to Phina: “You have told us that your son’s career would suffer potentially in the long-term and also in the short term.

“You also feel that he might go off track, if I can put it that way. You’ve also told us that you have medical issues for which the car is used. Further that you do use your car for business purposes, but they are more limited.

“Taking all this into account as well as your medical problems with mobility we are prepared to allow there would be exceptional hardship in this case.”

Five years ago, Phina revealed that she took a seven-year break from acting after losing her cousin to a brain aneurism at just 19.

For years the Liverpudlian actress was a household name, with roles in Taken Down, Buffy the Vampire Slayer and Footballers’ Wives.

She also was a model for several years, including walking the runway for Chanel and took part in I’m A Celebrity.

The court case comes after news of another Hollyoaks star hitting the screens again.

Gary Lucy has signed up for the next series of Celebs Go Dating alongside Simon Cowell‘s ex-girlfriend Sinitta.

The two are the first big name stars to sign on the dotted line for the hit E4 show. 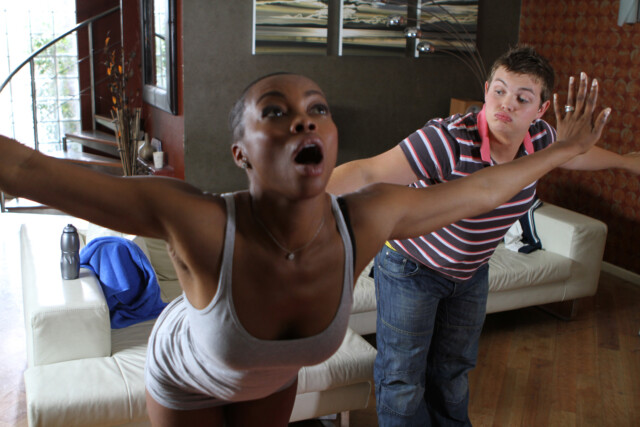 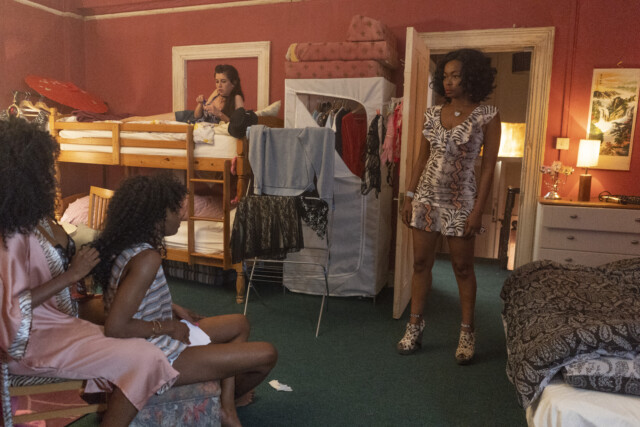 And later starred in Taken Down

No10 serves Michel Barnier fish at his first Brexit dinner as EU prepares to...

Celebs show off their beach bums – from Kim Kardashian and Maura Higgins to...