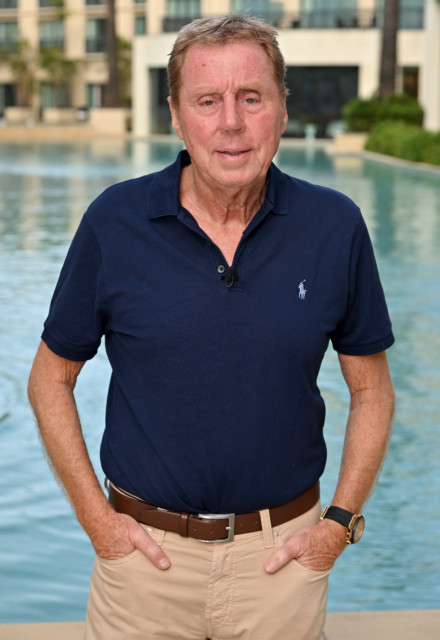 HARRY Redknapp is on the brink of landing a role in EastEnders, soap sources have revealed.

The 73-year-old real-life Cockney, who managed a string of Premier League clubs before wining I’m A Celebrity, is said to have impressed TV bosses.

A source told the Mirror he had been locked in weeks of talks and is now set to sign a deal, saying: “Harry will be a great addition to EastEnders.

“Even though he has no traditional acting experience, his character and charm are more than enough to stand him in good stead on the show.

“And with him growing up in the real East End, it makes it even better.”

HOAR revealed last month that Harry was desperate to land a part in the BBC soap – pitching himself a role as Mick Carter’s sidekick. Speaking on Fleur East’s podcast, he said: “My ambition for 2021 is to get a part in EastEnders because I’m a real Eastender. I grew up in Poplar, so have a real affinity with the area.

“Mick Carter and his regular punters are in The Vic. They’re at the bar, having a drink, and one of ’em says, ‘’ere, you heard Redknapp has moved back in the area?’ “At this point, I come into the pub, they turn around looking shocked and I say, ‘I’ve moved around the corner’.

“Mick then says, ‘Harry is back ’cause we’re starting up a little business. A bit of this, bit of that.’”

HOAR revealed Harry – who once managed West Ham, the team most EastEnders characters support – has been eyeing up an acting career ever since winning I’m A Celebrity.

The reality victory, which saw viewers who didn’t know him through football fall in love with the star, made him a huge star overnight. And ex-footballer son Jamie, who appeared alongside him on Ant and Dec’s Saturday Night Takeaway yesterday, said the sky was the limit when it came to his dad’s ambitions.

Jamie told us: “Actually Dad could be an actor now he’s come out of the jungle — he’s like a superhero! He could do it!”

Harry has already starred in three TV ads since I’m A Celebrity, when he charmed the nation with his love for wife Sandra.

Taliban vow to safeguard portrait of the QUEEN found in British Embassy until UK...