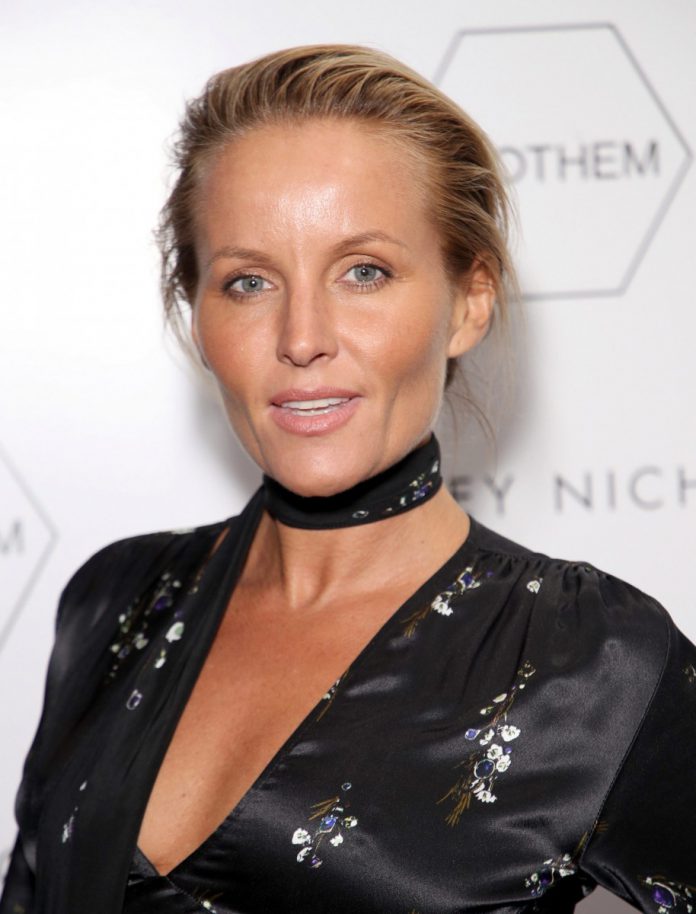 HOLLYOAKS actress Davinia Taylor has said that alcoholism was like “being taken over by a parasite”.

The 41-year-old star recently celebrated 10 years of sobriety but used to be a staple part of the Primrose Hill party animals, which also included the likes of Sadie Frost and Kate Moss.

Davinia battled both her alcohol addiction and depression, admitting in a new interview that she was originally in “complete denial” that she had a problem.

The star explained: “I thought if everyone just left me alone and I could have a drink, I would be fine.

“There wasnt an aha moment. It was much tougher than that. The first ten months were harder than the past ten years.”

She continued to Hello! magazine: “Every single cell in my body was telling me to take a drink.

“It was like being taking over by a parasite and the only thing you can do about it was to go cold turkey.

Davinia, who is the daughter of multi-millionaire businessman Alan Murphy, shot to fame in the ’90s playing party girl Jude Cunningham in Channel 4 soap Hollyoaks.

Despite drastically overhauling her lifestyle in that time, the mother-of-four revealed that she is still in touch with some of the famous pals she hit the headlines with in the early noughties – including Sadie and Meg Mathews.

She shared: “Most of that group were ‘going-out’ friendships.

“We have all moved on although I am still very good friends with Meg and Sadie.”

After beating alcoholism, Davinia understandably admitted that she doesn’t like to go out much any more, and has now committed herself to a healthy organic diet and regular gym sessions.

Brave woman reveals she was told she ‘didn’t look like someone who’d been raped’...