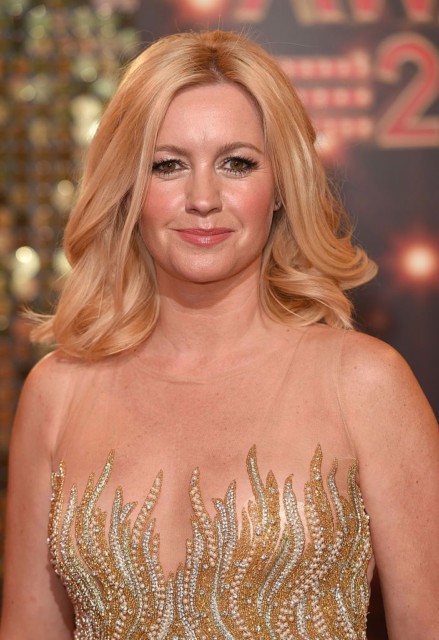 HOLLYOAKS’ Alex Fletcher has lifted the lid on what’s viewers can expect to see during the jaw-dropping Christmas special – as one character is killed off by a mince pie.

The actress, who has played Diane Hutchinson in the popular Channel 4 soap for over a decade, has been involved in an intense storyline involving her father-in-law terrorising both her and husband Tony over the past year.

Alex Fletcher has opened up about Edward Hutchinson’s shock departure

But it’s now been revealed that evil Edward Hutchinson (Joe McGrann) will get his comeuppance for all the nasty things he’s put them through.

The former surgeon, who has made Dianne and Tony’s life a living hell over the past few months, accidentally eats a poisonous mince pie that he was actually supposed to give to his son.

So fans of the show will be happy to know that Edward will be killed off by taking a bite out of a delicious festive treat that was supposed to kill someone else.

She explained: “It’s a great twist and it was a really soapy Christmas special. We all worked our socks off.

“A lot of the time in soap you think: ‘Oh this is way out there, how are we going to make this real?’ But we did.

“When Edward put Diane in the back of the car in the garage and she didn’t know where she was, I was really trying to play the fear.

“I was really pleased because the director said: ‘Alex, that was amazing, but can you make it a bit less harrowing?’ Dianne was with Edward when he had his final breaths

“I just hope the audience are happy that Edward has got his comeuppance. Hopefully there’ll now be a bit of happiness for Diane and Tony in the New Year, but there is more to come. The plot thickens, as usual in Hollyoaks.”

The soap star, who is also known for playing Jacqui Dixon in Brookside from 1990 to 2003, admitted that she didn’t find it hard showing little emotion towards her father-in-law dying in front of her.

She added: “When we filmed his final scenes, where Edward was playing his cello and took his last breath, I just remember thinking: ‘You’re vile! You’re a vile human being!’ Edward first appeared in the village back in October 2019

“Diane has seen his true colours now, so I don’t think she sheds a tear, to be honest with you.

“It’s a shock but she’s not emotional about it. I didn’t want to be crying over him, otherwise the audience would have thought: ‘Oh God, Diane, seriously? Get a grip!’”

She also admitted that the pair didn’t even realise that Edward’s death scene would be the last time they work together on set because they sometimes work out of sequence.

And to make matters worst, because of the ongoing coronavirus pandemic, Alex and the rest of the cast weren’t able to give Joe a proper send off. She also admitted that the pair didn’t even realise that Edward’s death scene would be the last ever time they would be on set together.

The star admitted: “The only sad thing was that normally when someone leaves, we’ll go for a nice meal or a few drinks to celebrate that person’s time on the show, but we couldn’t do that because of the restrictions.

“So it was a tough one, but Joe has been in the business for a long time so I don’t think he’s too sensitive about anything like that.

“Joe sent me a nice message and I sent him one in return. I hope our paths will cross again. His time on the show has gone so quickly. Hopefully we’ll keep in touch.”

Did you miss our previous article…
https://www.hellofaread.com/soap-opera/lucy-fallon-shows-off-her-glistening-body-in-bikini-throwback/

Meghan ‘will only come to UK if she can bring Netflix cameras’ as she...

Katie Price calls Carl Woods her ‘soul mate’ as he carries her to lunch...