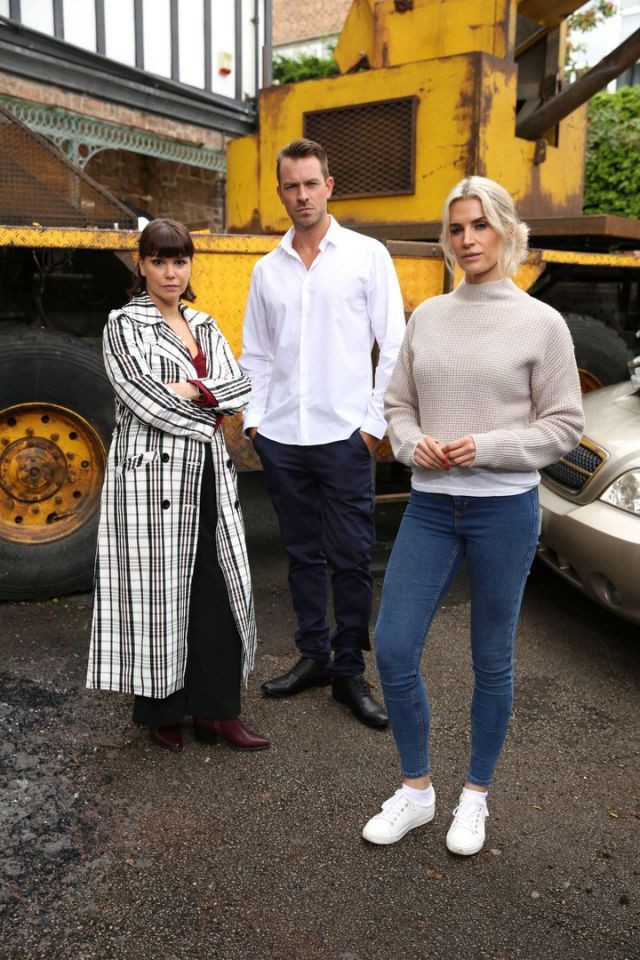 HOLLYOAKS viewers are convinced the soap gave away who dies in the crane accident during last night’s episode.

Fans of the Channel 4 show believe Mandy Richardson is likely to be the victim after being told to put a hard hat on ahead of the accident, which is set to air tonight.

Hollyoaks’ latest stunt sees a crane collapse on the village this week.

This is set to be the biggest one yet and could involve some of the soap’s most loved characters.

Characters including Cindy Cunningham, Scott Drinkwell and Mitchell Deveraux will be involved in the horror.

Meanwhile, Darren and ex-wife Nancy find themselves in mortal danger when the ground collapses and traps them in the tunnels beneath the village.

The crane accident is set to air tonight

But after Mandy, played by Sarah Jayne Dunn, was asked to put a hard hat on ahead of the incident, fans are convinced it isn’t looking good for the character.

A fan wrote: “The whole ‘Mandy I need you to put this [hard hat] on’ is a big clue that Mandy might be a victim in this stunt!”

While another guessed: “My money is on Mandy being seriously injured, and either Walter or Cleo dying.”

The crane accident is believed to result in at least one death in the village after Cindy ignored health and safety advice for her big business plans.

The accident is believed to result in at least one death

But after a drunken Luke Morgan goes off the rails and jumps into the crane, the arm of the machine comes loose and starts to swing across the village.

The beams also begin to sway before dropping to the floor.

PM to put nation on a diet with more gastric bands & ban BOGOF...

ALL schools in Tier 4 Covid hotspots set to stay shut for at least...