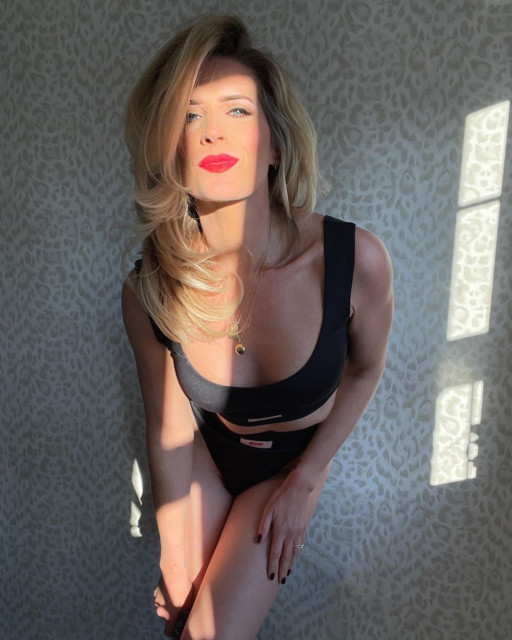 HOLLYOAKS fans have slammed the soap and backed axed star Sarah Jayne Dunn after she was sacked from the show – by saying that the storylines are racier than OnlyFans.

Yesterday HOAR revealed that the Mandy Richardson actress, 40, was dismissed from her £120k a year role after refusing to quit stripping on x-rated OnlyFans website.

Sarah has been stripping off online for several weeks and has received several warnings off bosses over her conduct because of the show’s young audience.

The star refused to stop and has now now been asked to stand down from her role, that she first took on in 1996.

But fans of the Channel four soap are fuming considering scenes on the show are just as racy as what can get posted on the controversial 18+ network.

One wrote on Twitter: “Hollyoaks have hardly done youth friendly content outside watershed. Examples, the word b***h has been used in a derogatory term several times, there is literally a storyline with cameras in peris bedroom.”

Another said: “@lgbthizzie @Hollyoaks they’re hypocritical! they’ve had multiple nude scenes with MEN, but as long as it’s a man it’s fine???? there’s some misogynistic behaviour happening with the bosses at lime .. someone needs their job role re-evaluate.”

A third pointed out: “Have the makers of Hollyoaks ever watched Hollyoaks?”

Others highlighted that their choice is “hypocritical” because of the saucy calanders the cast have done in the past.

One tweeted: “So #Hollyoaks have sacked Sarah Jayne Dunn for posting racy pictures on OnlyFans – yet over the years, they’ve released their racy “babes and hunks” calendars.”

A fifth added: “Considering how progressive @Hollyoaks make out they are, the sacking of @sarahjaynedunn is ridiculous. Hollyoaks have racy calendars which I’m sure they included her on as well as others & she’s modelled for years. They’re hypocritical, it’s disgusting. I stand with Sarah.”

A sixth chimed in: “The irony of sarah being sacked when hollyoaks used to put out yearly calendars of their actresses half naked.”

Another pointed out: “Sarah Dunn has been sacked from Hollyoaks for having an Only Fans account Doesn’t that seem hypocritical when they were encouraged to do lad mag covers in the past?”

Sarah broke her silence after the shock axe this morning.

The 40-year-old shared a post with the words: “Thank you for your support”, followed by a love heart on her Instagram Story.

Explaining her decision to join the site, the star pointed out that she was moving her sexier, racier images to another platform.

She said: “This is a decision I’ve thought long and hard about, not one I’ve taken lightly or on a whim, it’s about taking back control, about empowerment and confidence and having full power over my choices.

“I love doing photo shoots, always have always will, it’s how I got into the acting industry, at the tender age of 12 I decided I wanted to be a model and enrolled on a modelling course, joined an agency and had my first professional shoot and I was hooked. I got my first TV audition and the rest is history.

“I’ve been lucky enough to travel to some pretty amazing places for photoshoots since being 17, that being said I’ve never felt in control, of the content or of the finances.”

Sarah first appeared on Hollyoaks back in 1996 as the businesswoman and has reprised her role a total of six times.

Most recently she re-joined the show in 2017.

Just days before she was sacked, Sarah said she wanted to play Mandy on the Channel 4 soap “forever”. Sarah has played Mandy Richardson since 1996

Who is Craig Tinker actor Colson Smith and how has the Coronation Street star...