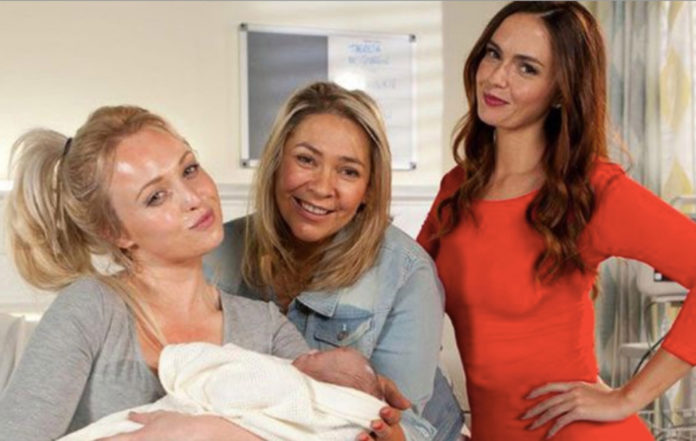 HOLLYOAKS fans believe the daughter of Theresa McQueen will get roped in to the county lines drug storyline led by Jordan Price.

Jorgie Porter, 32, is returning to the soap after a four-year absence and fans fear her and her family will get thrown straight in to the major plot.

The actress is heading back to Hollyoaks to celebrate the Channel 4 soap’s upcoming 25th anniversary.

During her time away Jorgie forged a career on reality TV, stage and spent time in LA auditioning for Hollywood roles.

Her return comes after showrunner Bryan Kirkwood hinted that classic characters would be back for the show’s landmark year.

A telly source said: “Jorgie is excited about the comeback and can’t wait to get her teeth back into her favourite role. The ditzy Theresa left the village after surviving Nico’s murder attempt but even on her exit she managed to forget her own baby daughter Myra-Pocahontas, who would now be five years old.

Some fans think her other daughter Kathleen-Angel McQueen, who is now about 10, could be dragged into ongoing county lines drugs storyline.

Another viewer posted: “Ricky Whittle did SCD in 2009 and left HO soon afterwards with Theresa pregnant to Calvin so yes, probably is 10 this year and could well get drawn into the County Lines story.”

A third follower was excited for her return, adding: “Omg Theresa McQueen is returning to #Hollyoaks for 25th Anniversary.. don’t know what has took Jorgie so long to go back.” Hollyoaks have now halted production from this morning amid the mounting Coronavirus crisis.

The decision was announced by show bosses at production company Lime Pictures – and came after the death of a senior production staffer, though his cause of death remains unconfirmed.

“It is a decision that has not been taken lightly but looking after our cast and crew is our number one priority.”

Meghan Markle reveals baby Archie will be wearing an England onesie for the Rugby...