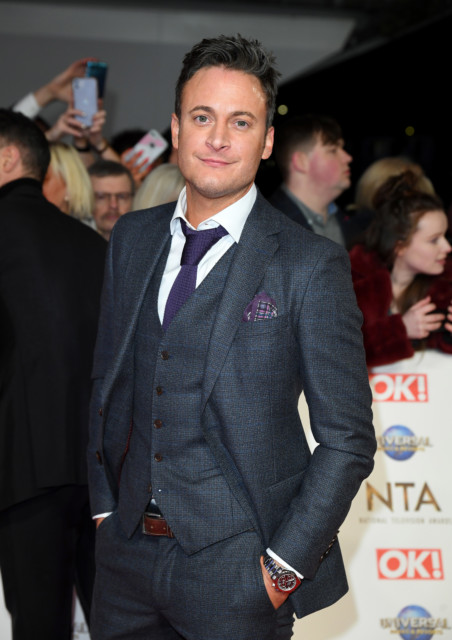 HOLLYOAKS star Gary Lucy has received a touching tribute from his co-stars as he “wrapped up” filming ahead of his show exit.

The Channel 4 soap star – who has played Luke Morgan since 1999 – waved goodbye to his role in scenes that are yet to air.

Gary, 40, has been involved in a number of groundbreaking storylines in his time on the soap, including Luke’s male rape ordeal.

Now, as the iconic star films his final dramatic scenes, his young co-star Erin Palmer paid tribute to him in a series of sweet snaps.

“Best of times. Loves these scenes, I’ll really miss you Gary,” she wrote beside the photos of their final scenes shot together this week.

Smiling wide in her school uniform, the Ella Richardson actress cuddled up as Gary knelt down next to her.

“Thank you for your lovely note. Til we meet again,” she concluded.

Gary first appeared on the popular soap in 1999 – when he burst onto the scene with an explosive rape storyline with rival Mark Gibbs.

Gary’s character Luke was haunted by the event and left for Canada – before reprising his soap role in 2002, and then again in 2017.

Luke’s storyline continued when he was diagnosed with frontotemporal dementia in dramatic scenes last year.

Last month, a flash-forward episode confirmed that Luke will pass away this summer – after he films his final episodes.

Ollie, dressed in full funeral garb, put down an order of service in the dining room in the flash-forward scenes.

It read: “In loving memory and celebration for the life of Luke Morgan.”

The episode also revealed that Ollie will begin filming a video diary over the coming months as his dad loses his life.

He tried to interview his dad outside The Dog but Luke had trouble keeping his attention on the chat.

So instead Ollie decided to interview Luke’s friends and family about his life and history for the film.

Later Cindy, Luke, Zara, Tony, Diane and Darren all assembled for a get together ahead of Cindy and Luke’s wedding. In a speech, Zara told them all: “On July 7, my big brother gets to marry Cindy. And I want her to know how lucky he is to have her in his life. And I couldn’t ask for a better sister-in-law.”

But fans now know that is the date of Luke’s funeral meaning the pair may not marry.

Love Island’s Liberty Poole left on the brink of tears after she’s abused at...

EastEnders’ Tamzin Outhwaite breaks down in tears after getting less money than she expected...

Who has slept with who on Love Island? Villa sex scandals revealed