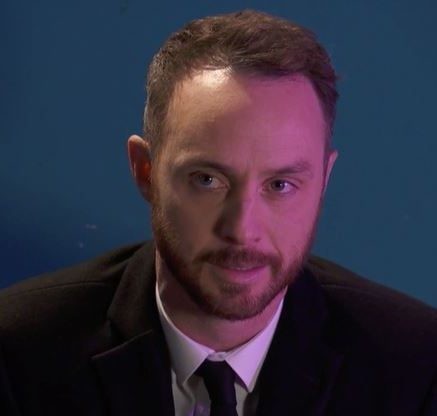 HOLLYOAKS James Nightingale gets a shock when he receives a note with a very ominous warning.

In scenes that aired on Monday nights first look, the lawyer (played by Gregory Finnegan) isnt planning to go to Jesses funeral.

Jesse had discovered that James had shot Mercedes with Grace Black on the night that he died leaving him feeling very guilty.

But his plans not to attend are scuppered when Grace (Tamara Walls) arrives to wake him up and forces him to go.

James gets a fright when Mercedes confronts him at the funeral and says she knows his secret.

It transpires that she is talking about him getting with John Paul (James Paul) not the fact he shot her.

She told him: “You’re only sucking up to us because we know you’re getting cosy with John Paul.

“You hurt him, your funeral will be the next in this village.”

Things go from bad to worse though when Jesses wife Courtney (Amy Conachan) says she blames herself for his death.

James cant control his emotions and as everyone gathers and he shouts that everyone has to know the truth.

Grace rushes to get him out , telling him: “This shame is our punishment, and we have to live through it. For our kids.”

Just when James thought the drama was over for the day, he returned home to find the note.

It read: “I know you shot Mercedes.”

Who sent the letter and what else do they know?

I’m A Celebrity’s Jordan North shows off impressive six-pack after being unable to sink...

How old is Hillary Clinton and what is her net worth?