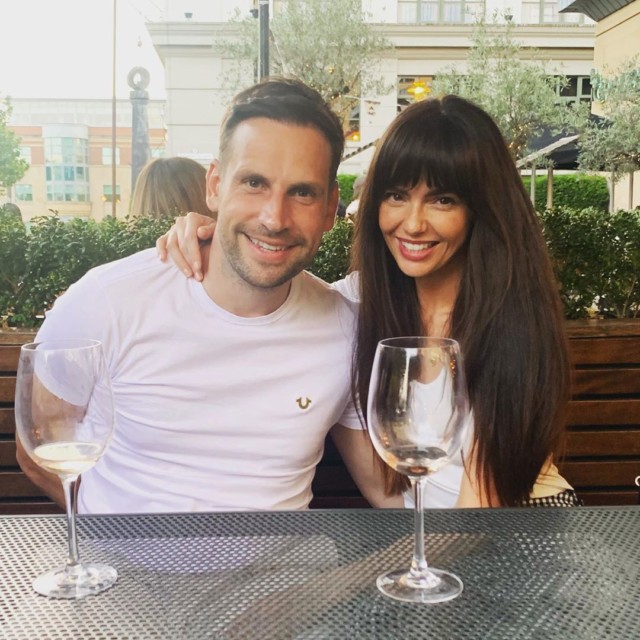 The 36-year-old actress- who plays Mercedes McQueen in the Channel 4 soap – shares a son with the former Geordie Shore star and revealed today that they secretly split months ago.

Jennifer and Greg have split after eight years together

Taking to her Instagram page this afternoon, the star insisted the split was amicable as she updated fans.

She wrote: “Greg and I decided to part ways amicably a couple months ago.

“We remain friends and we both will continue to happily co parent Daye and would appreciate privacy during these times.

“Thank you to everyone who has supported us before, during and after this.” The pair secretly split a month ago

Jennifer found fame playing feisty Mercedes in Hollyoaks back in 2006.

Just last month she wowed fans with sizzling bikini pictures as she hit the beach during the UK heatwave – with reality star Greg nowhere to be seen.

However, the pair seemed happy together earlier this year when he shared a raunchy photo of Jennifer on all fours wearing a tiny Calvin Klein thong and tight white top as she scrubbed the bathroom. Jennifer shot to fame as Mercedes in Hollyoaks

Greg added in the caption: “When you’re in isolation and she’s OCD”.

He also cheekily wrote: “Thank you”.

The pair first started dating in 2012 and welcomed their first child together, three-year-old son Daye, in June 2017.

We test oven chips including Aldi, M&S and Aunt Bessies to see which ones...

If privacy is so vital to Harry & Meghan, why don’t they stay schtum?

The two Emmerdale stars who got married and divorced after meeting on soap –...

Molly-Mae Hague fans’ shock as they spot ‘photoshop fail’ – but it’s not all...