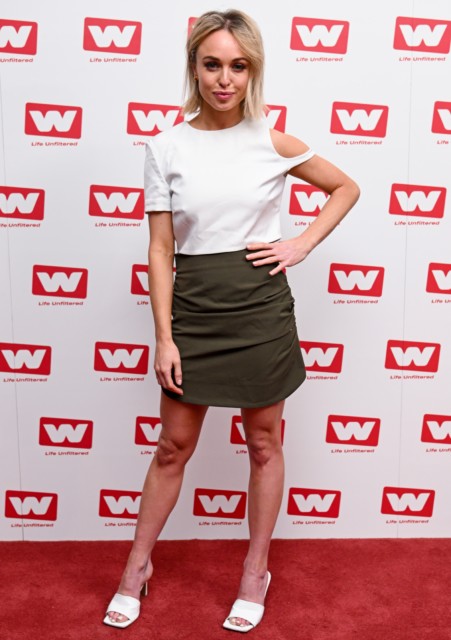 HOLLYOAKS star Jorgie Porter has admitted that she’s trying to bag freebies for her wedding next year – saying the cost of is “enormous”.

The 34-year-old actress, who is engaged to fiancé Ollie Piotrowski, said she is the “worst planner” when it comes to organising big events and said she’s still in the early stages of planning.

The soap star also revealed that the cost of the wedding is more than she had anticipated and is tempted to try and bag some freebies.

Speaking exclusively to HOAR about her wedding plans, Jorgie said: “I can’t say much because I’m really bad at it – I’m the worst planner for anything.

“I’ve been phoning venues and stuff – it’s quite expensive.

“I’m trying to get celeb discounts, I will do posts, I’ll get my friends involved and they will post too.” My fiance won’t cheat on me like Denise Van Outen’s, says Jorgie Porter Jorgie said also revealed that she has her heart set on wearing two different wedding dresses on the big day.

“I’ve got a vision of at least two – at the engagement party I had two dresses,” the actress continued.

“I’m also getting my ring resized. I do have to take it off at work and everyone at work was like we’re not looking after it.”

The TV favourite – who is best known for playing Theresa McQueen on the Channel 4 soap – also discussed her future on the programme.

When asked if she plans to stay on the soap for a few more years, Jorgie replied: “Yes I’m hoping to stay in it for a couple more years…forever if they’ll have me.”

Last week Jorgie opened up about having access to her fiancé’s phone, saying they have “complete trust” in their relationship.

She said: “I am so impressed with Denise’s way of handling this, they are on Gogglebox as well, they’re sat together and you kind of get invested in them as people.

“I think the way she is handling it is very admirable and is a very strong thing to do. I suppose you have to because she’s in the public eye and had to rewrite the end of her book.”

When asked if she thinks it’s ok to look through a partner’s phone, Jorgie replied: “[Ollie and I] both know each other’s pass code and I think we have from the beginning because I don’t have anything to hide and I know that he won’t go on my messages and if he does then he won’t find anything.

“It’s total trust and complete trust. Before, I’ve never had this amount of trust before. Also I don’t go on his Whatsapp.

“There was a time when he was sort of hiding his phone and I was like ‘what the hell’. Drivers face £200 fine from today for just TOUCHING their phone

“It was because he was trying to hide his engagement from me. I would cut his d*** right off if he was cheating and I think he knows.” Did you miss our previous article…
https://www.hellofaread.com/soap-opera/eastenders-spoilers-fans-shocked-by-sharons-huge-weight-loss-as-tommy-stabs-bully-plus-emmerdale-corrie-news/

Boris Johnson urged to cash in on bonuses of Brexit by scrapping VAT on...