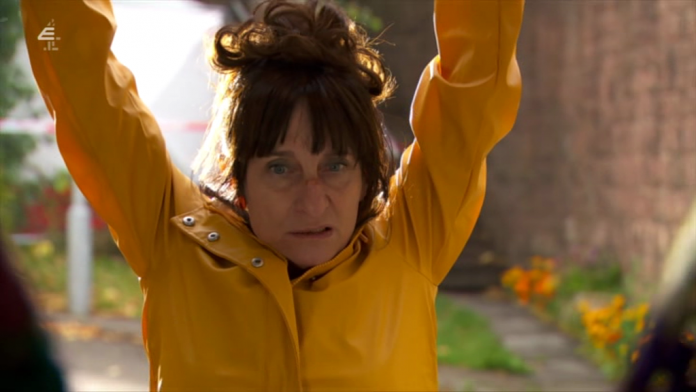 HOLLYOAKS Later is going to be the most gory one ever as Breda McQueen’s reign of terror comes to an end as Warren Fox returns.

The serial killer – who is played by actress Moya Brady in the Channel 4 soap – has murdered countless villagers and has Tony Hutchinson hostage in the pig farm, but her luck is running out and she will be caught in January.

Actress Jennifer Metcalfe confirmed she would also be starring in the Later series and teased it will be gorier than all the others.

She told The Sun Online: “Yes. I’m looking forward to it, just read the scripts and theyre brilliant.

“We’ve not done them for a few years so that’ll be exciting. Are we going abroad? No! We’ve not got a glamorous location at all!

“Each Later comes with something different and this time pushes it with a bit more gore.

“Gory and racy. Everything that you want!”

He said: “We are in January seeing the return of one episode of Hollyoaks Later which will play at 10pm on E4.

“The next night on Channel 4 will take us directly from the 6.30pm episode into a late night one.

“We’re delighted that the channel wants to dip it’s toe back into Hollyoaks Later and it will see the climax of one of our biggest, most explosive long term stories.”

Coronation Street fans are all saying the same thing about Emma and mum Fiona...