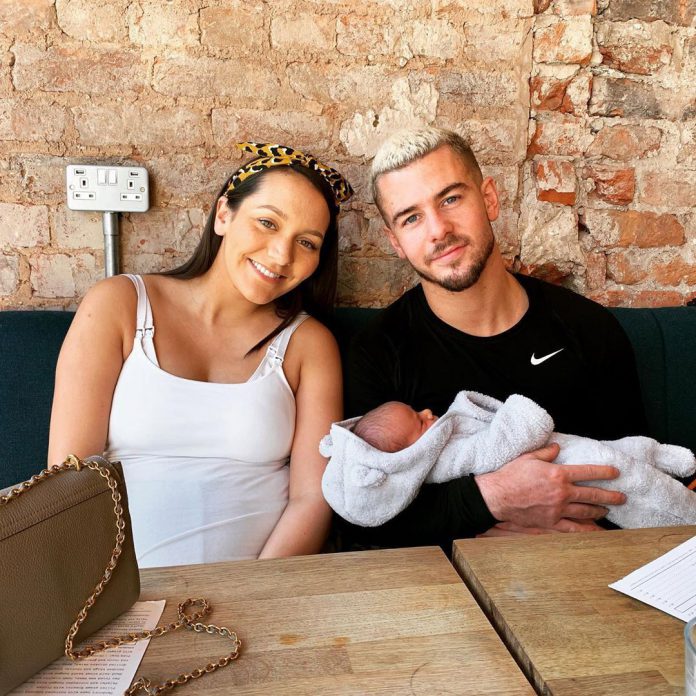 NEW mum Nadine Mulkerrin has revealed it took her a whopping two hours to get out the house in her first post-baby outing.

The Hollyoaks actress, 26, shared a cute new family picture with baby Reggie and her fiance co-star Rory Douglas-Speed as she explained what a mission it was to leave home.

The soap star, who plays Cleo McQueen in the Channel 4 soap, gave birth to her son on 15th October.

And yesterday she couldn’t believe what an ordeal it was getting ready to head out with her son for the first time.

Nadine shared a gorgeous photo of her little family on instagram as they eat at a cafe on Liverpool’s Lark Lane.

Over on her instagram stories, she documented getting ready with a picture of herself mid-way through putting her make-up on.

And she admitted how nervous she was to go outdoors for the first time since leaving hospital.

The brunette wrote: “I’ve straightened my hair and put make up on and today might be the end I leave the house for the first time with him. Really scared.”

She then shared a video of her dad pushing the buggy before later posting another video of her and Rory appearing shellshocked by the stress of their outing.

“Oh my god what the hell,” Nadine laughed.

“I have no words,” Rory, who plays Joel Dexter in the long-running saga, added.

And the new parents were clearly glad to be back in the comfort of their own home later as they shared a picture of themselves with matching mugs of tea.

The pair have documented much of their life as new parents on social media.

When Nadine gave birth, Rory shared a picture of them cradling their newborn, taken just minutes after he was born.

We love You man. So proud of Nadine, I didnt think I could love her anymore but my heart is bloody bursting! She was amazing throughout her labour. Women are seriously Superhuman x

Meanwhile Nadine has posted a string of incredible nude pictures to show how much weight she has lost after fiving birth.

She candidly shared: “Was thinking should I really post a pic of my bare ass on insta… then I thought bugger it!!

“The recovery is tough, the tears have lifted, my t*ts are big brown aggressive and slightly Pamela Anderson-esque but you cant do anything fun with them!

Nadine added: “Its the best rollercoaster Ive ever been on I dont wanna get off!”

“All mummies your amazing!! Its true its all worth it

Caroline Flacks manager shares video of her singing along to favourite song in emotional...

Queen Elizabeth Platinum Jubilee – ‘I was young once too’, Her Maj declares as...