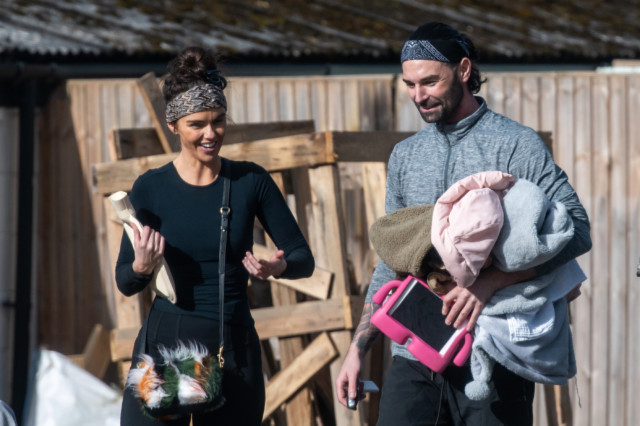 THEY’VE had more wobbles than this week’s back-to-school jellies and now Jennifer Metcalfe  and Chris Eagles are on the rocks again – for the moment.

The Hollyoaks actress, Mercedes McQueen in the long-running Channel 4 soap, has called off her relationship with the former Manchester United and Oldham footballer after a series of rows.

The couple are now spending time apart – but they hope their romance can be salvaged once they have both cooled down. Friends are not so sure about the couple.

A source said: “Jen and Chris haven’t had the easiest of romances and now it’s all off again. They’ve had a few rows recently and Jen has had enough. She’s putting herself first for once, rather than bending over backwards for Chris.

“For now they’ve cooled off their relationship and are taking some time apart.

“Jen celebrated her 38th birthday with friends over the weekend and she seems to be really happy again.

“It’s not been easy recently and her mates just want her to be happy.”

Chris is Jen’s first boyfriend since she ended things with former Geordie Shore regular Greg Lake at the beginning of 2020.

They had been an item for eight years and have a son, Daye.

Chris has two children with his ex-fiancée Danielle Mitchinson, who he separated from in October last year.

Jen and Chris got together in December 2020.

In June they had an enormous barney on holiday in Portugal, which resulted in Jen packing her bags and jetting off home alone.

They had come to blows at a bar – but managed to patch things up.

Then he was arrested for allegedly being drunk in charge of a vehicle after cops said they found him asleep in his car outside the actress’s home earlier this year.

He is expected to face trial this month and denies the charge.

While things had finally appeared to have stabilised between the pair recently, pals say it was strained behind closed doors.

The source added: “Jen is gorgeous, talented and independent, she’s got everything going for her.

“She doesn’t need Chris in her life and some of her friends are hoping it stays this way.”

Jen won’t be single for long. Jen and Chris got together in December 2020

Who has slept with who on Love Island? Villa sex scandals revealed

We applaud Prince Charless decisiveness over his brother but he still has plenty...