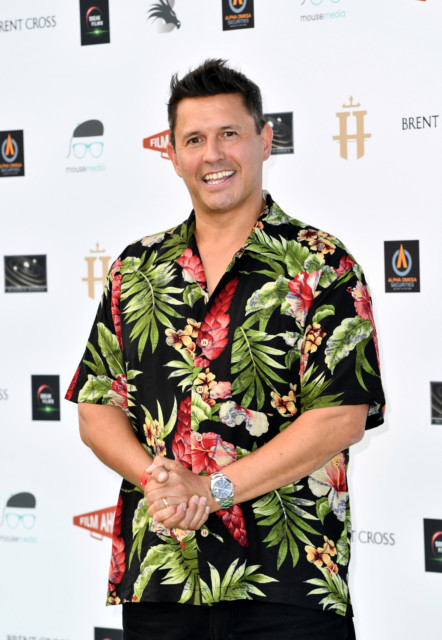 The couple, who are already parents to daughter Scarlett, three, shared their delight over Lydia’s pregnancy following a “stressful” two-year and a half year IVF journey.

The X Factor: Celebrity star told OK!: “We’re incredibly excited, but the main feeling has been relief. Scarlett was conceived through IVF and so was this baby.

“We feel very blessed, as the process is actually really tough on Lyds.”

Lydia, 36, who is due to give birth in March, added: “It’s very stressful, but we feel so lucky that it worked both times for us on the first attempt.

“It’s a lot to go through, especially if it doesn’t work, so we’re really excited and thankful that this happened. We found out in July and I’m due at the end of March. I’m just coming up to six months.”

Jeremy, who married Lydia in 2009, explained that their IVF treatment was delayed due to the ongoing covid pandemic, which caused clinics to shut nationwide.

The actor added that they jumped at an opportunity to have IVF in June after the first lockdown ended and were lucky to have fallen pregnant on their first go.

Lydia explained that having her initial treatment delayed was “frustrating” and explained how tough the process was claiming she has had around 340 injections. Jeremy continued: “There are no guarantees with IVF. Poor Lyds injects all these hormones into her body and goes on this invasive journey.

“But there are no guarantees – and that is a hard thing to go through. Dare I say it, the pregnancy is almost easier, as there is so much leading up to it. Everything with Covid did make things harder, too.”

Due to restrictions around Covid, Jeremy revealed he wasn’t able to be by his wife’s side for the majority of treatments.

Jeremy is undoubtedly best known for playing Kurt Benson in Hollyoaks and later, Danny Shaughnessy on Holby City from 1999 to 2003.

Other shows that followed soon after included Celebrity Big Brother, Lily Savage’s Blankety Blank, and, of course, his portrayal of Fraser in the ITV soap opera Emmerdale on February 12, 2008.

Last year, he joined forces with pal Brendan Cole to appear on a celebrity installment of the X Factor.

Did you miss our previous article…
https://www.hellofaread.com/soap-opera/eastenders-fans-rage-at-manipulative-katy-lewis-as-she-drips-poison-in-mick-carters-ear-as-he-considers-leaving-walford/

What Meghan Markle told Prince Harry as they sat in St Paul’s as they...