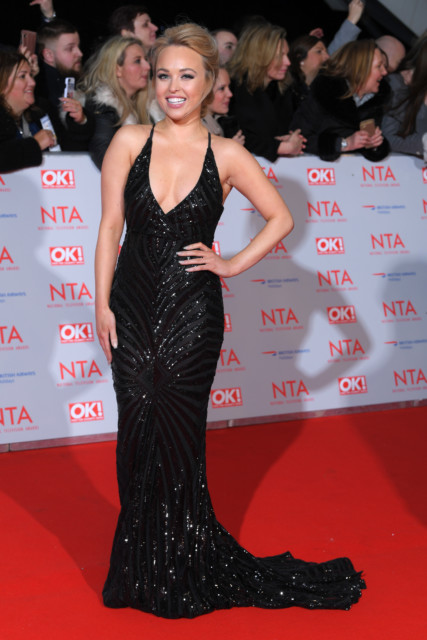 HOLLYOAKS’ Jorgie Porter has revealed the truth behind why Seth Costello has teamed up with evil Silas Blissett.

The 32-year-old actress – who plays Theresa McQueen in the popular Channel 4 soap – has lifted the lid on why her character has completely betrayed her family.

Yesterday night it was revealed that Theresa has been one of the people blackmailing the McQueen family, alongside boyfriend Seth.

However, she has no idea that Seth is in cahoots with his grandad Silas – someone who put the family through an awful amount of heartbreak when he kidnapped a pregnant Mercedes in 2011.

In a recent chat with The Mirror, Jorgie explained why her lover decided to join forces with his evil grandad, despite killing his own mother.

She explained: “Silas is the only connection of family that Seth has, because the rest are dead or don’t speak to him, so he relies on Silas because he’s all Seth’s got. “Silas is such a strong figure and such a strong-headed man and just rules the roost, so Seth probably doesn’t have much of a choice. He can’t do anything without Silas because he just has so much power over him.”

The star spoke out about Theresa’s thought process about going against her family and admitted it is because she is one of those people who will do anything for acceptance.

She explained: “Theresa is swayed by a man’s love – all she ever wants to be is loved and she ends up being talked into doing things.

“I think she also feels like her family can deal with it and that they can cope, whereas she’s just got such a weak streak about her that she just goes along with what she thinks is right, because she just wants to be loved.” Theresa is currently going against her beloved family

Jorgie went on to tease that she’s ultimately going to have to choose between who means more to her – her man or her family when she eventually finds out what Seth has been up to.

“This is fighting against the McQueens ultimately. Seth and Theresa are against one of the strongest families in the world.

“Who knows if they can actually pull through because Silas is involved and there’s a lot of trust gone.

“It depends whether Theresa’s strong enough and who she loves more – her man or her family,” she told the publication.

Jorgie’s real life relationship is a far cry from the one she plays on-screen.

Back in October the star went Instagram official with her new boyfriend Ollie Piotrowski, after she revealing they went on “awkward” lockdown dates.

To mark the special occasion, Jorgie shared a sweet photo with her 31-year-old hunky businessman boyfriend.

Molly-Mae Hague reveals she won’t watch Tommy Fury ringside in US as she hangs...

Lewis Hamilton reveals he is homesick for UK and misses ‘trees’ and ‘Buckingham Palace’...