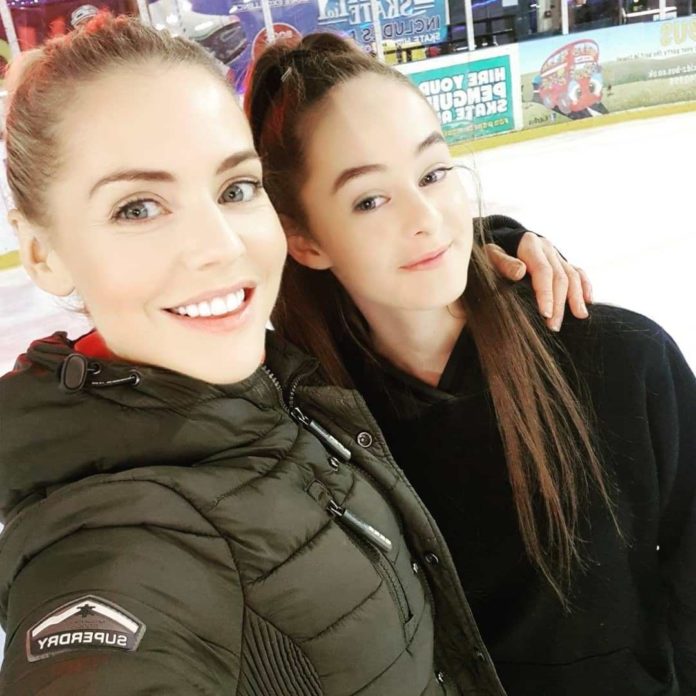 HOLLYOAKS actress Stephanie Waring has revealed her heartache after her 14-year-old daughter was trolled online.

Steph – who is also mum to Lexi, nine – fears her kids will be mentally affected by “soul-destroying” social media comments if a new law isn’t implemented.

Speaking on YouTube channel Keep It On the Down Low, she said:”There needs to be a change in the laws regarding social media and online bullying.

“I worry for my kids. Because they’re coming into the time where it’s all about social media.

“My eldest has just got Instagram, it’s on private but anyone can write anything. It’s soul-destroying.”

Discussing the abuse Mia received, Steph continued: “My daughter Mia is not a very emotional girl, she doesn’t often cry.

“She had a Musical.ly account and someone had made negative comments to her on the account and I just heard this scream.

“The crying that came out of her. It was heart-breaking.

“They were calling her ugly, it was horrendous what they were writing.

“I was holding her and thinking, ‘Please don’t let this affect you. These people don’t know you. We love you.’”

Steph, who is best known for playing Cindy Cunningham in the channel 4 soap, admitted she also struggles with social media.

“Whenever I get a negative comment on social media … I can have loads of comments that are amazing and then this one person will say one thing that will bother me,” she said.

“I’ll be thinking, ‘Why does this person think that?’ It’ll bother me.”

Who is presenting TV coverage of the Queen’s funeral?