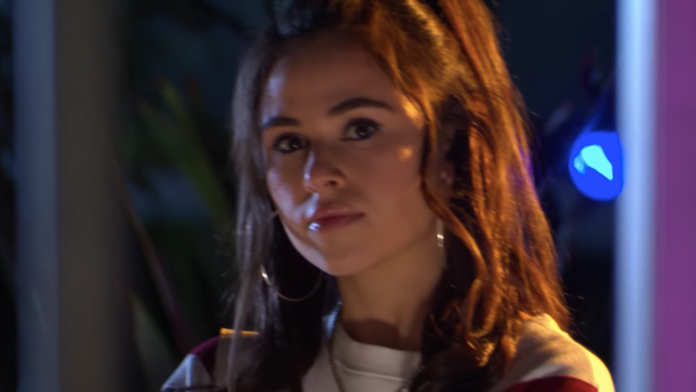 SYLVER McQueen managed to father his secret daughter Cher while he was in prison in Hollyoaks.

Actress Bethany Hare – who will play Cher in the Channel 4 soap – has spoken out about being cast and the circumstances of Cher’s conception with Sylver spending his life in prison and only having one lover – Mercedes McQueen.

Cher will cause havoc when she arrives in Hollyoaks

She said: “I’m seeing lots of comments on Facebook and Twitter which I’m absolutely loving, but I keep hearing: am I Mercedes’ daughter or am I Sylver’s?

“I can confirm I am Sylver’s biological daughter.

“[Sylver] was in prison a very long time, so god knows what he got up to!”

Sylver will be shocked to discover he has a secret daughter in upcoming scenes of the soap.

The surprise plot twist will see Cher turn up to the village as her father prepares to renew his wedding vows to wife Mercedes (Jennifer Metcalfe). Sylver will be horrified when Cher says she is his daughter She will arrive in the village during Sylver’s wedding

Played by Bethany Hare, Cher – an aspiring hairdresser and beautician – is on a mission to find out more about her father (David Tag), who she knows is a convicted murderer.

According to Bethany, Cher will have strong family values.

With a “sassy” personality and an “attitude”, Cher will no doubt bring plenty of drama, too.

Bethany said: “Everyone’s been so nice. It is like a little family. I was nervous coming in, and everyone has just put me at ease. Cher wants to learn more about her father

“I’m absolutely loving it. I feel like I am learning so much from other cast members every day as well.

On her character, Cher, she revealed: “She definitely has an attitude, but she’s also caring and she’s so big on family, just like the McQueens.

“She’ll always be there for someone. I’m so excited to join the McQueen family.”

Hollyoaks viewers will be introduced to Cher on Thursday 23rd April on E4. She told HOAR: “I just signed a new contract and I’ve got so many exciting things coming up. I just take each contract as it comes and I feel very happy to be there until next September.

“With the way things are going, I think there’s going to be lots of weekend shoots and 14-hour days.

“I’m looking forward to raising morale. Cracking on,  getting the show back on  then enjoying the remainder of this contract. We’ll see what’s next.”

Britain only managed to stop a THIRD of infected people coming into the UK...

Boy George’s most catty feuds as I’m a Celeb star tears into Charlene –...