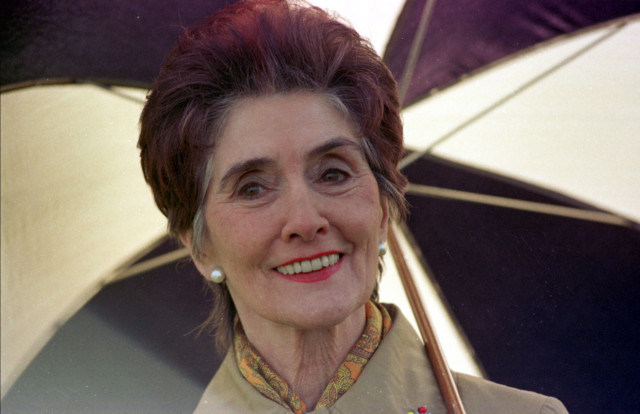 EASTENDERS legend June Brown has died at the age of 95.

The acting icon, best known for her role as Dot Cotton in the much-loved soap, has passed away.

Who was Eastenders legend June Brown?

June Brown was an English actress, known for her role as Dot Cotton in the BBC soap EastEnders.

She took up the role in 1985 and has been in the soap ever since – although she has had some periods of time away from the show.

However, in February 2020, June exclusively told HOAR that she had quit the show for good.

June’s character Dot was known for her chain-smoking, working in the local launderette and being the long-suffering mum of criminal Nick Cotton. Before EastEnders, June had a small role on Coronation Street playing Mrs Parsons from 1970 to 71.

She was also known for her role in Doctor Who as Lady Eleanor, which she played from 1973-74.

Although EastEnders has taken up most of her time since 1985, June has also appeared in other TV shows including the 2003 mini-series Margery and Gladys, alongside Penelope Keith.

June is also known for her work in theatre and appeared in famous plays like Rebecca and Calendar Girls.

How did June Brown die?

The BBC announced the tragic death with this statement: “There are not enough words to describe how much June was loved and adored by everyone at EastEnders, her loving warmth, wit and great humour will never be forgotten.

“June created one of the most iconic characters in Dot Cotton, not just in soap but in British television, and having appeared in 2884 episodes, June’s remarkable performances created some of EastEnders finest moments.”

“We send all our love and deepest sympathies to June’s family and friends. A very bright light has gone out at EastEnders today but we shall all be raising a sweet sherry in June’s memory.

“Rest in peace, our dearest June. You will never be forgotten.” Lisa Snowdon, 50, in tears as she gives update on her ‘rollercoaster’ health

A statement from Brown’s family said: “We are deeply saddened to announce our beloved mother, June, passed away very peacefully at her home in Surrey on Sunday evening, with her family by her side.

“We would kindly ask that our privacy is respected at this very difficult time.”

Walcott shares ‘lovely memory’ of Arsenal meeting The Queen and time Eboue made her...

Meghan and Harry latest – Never-before-seen pic of Meg PARTYING in UK surfaces, plus...

Coronation Street fans cheer Roy as he quits bat group in protest after they...