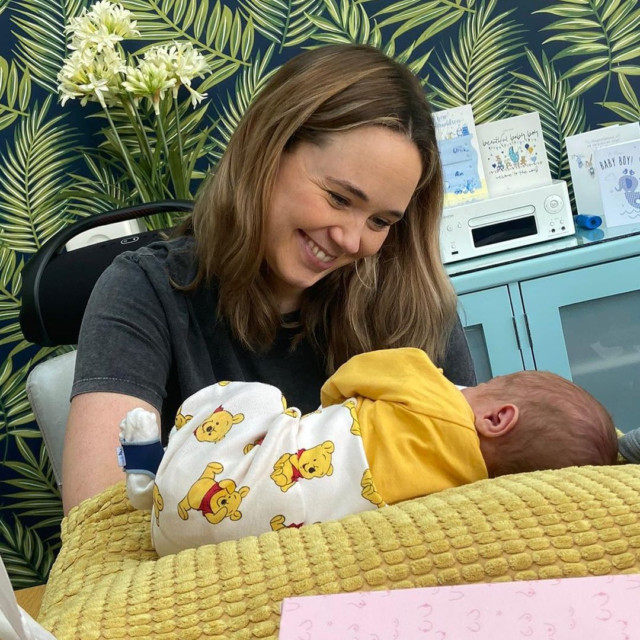 FORMER Hollyoaks actress Daisy Wood-Davis has cancelled her maternity leave after just ten days – and is already looking for work.

The 31-year-old gave birth to her son Asa, who she shares with ex-Hollyoaks star Luke Jerdy, six weeks ago and had planned to take six months off.

But the star, who played Kim Butterfield on the Channel 4 soap, swiftly had a U-turn and has already been auditioning.

When asked what her plans for going back to work are, she wrote in an Instagram Stories Q&A: “I’m already back at it. I thought I’d have six months off but 10 days after Asa was born I emailed my agent to say I wanted a job sooner than planned.

“So I’m back auditioning!”

She explained:  “I love what I do & can’t wait to have my boy watching me on stage one day. I heard some producers are being so much more accommodating to breastfeeding mums too, which is amazing.

“I’m also really keen to follow other amazing mums in this industry who are paving the way.”

Daisy appeared in Hollyoaks from 2014 to 2018 and met and fell in love with her now fiance Luke during that time.

She is also known for her stage work, starring in The Rocky Horror Show, Hair the Musical and Beautiful: The Carole King Musical.

The star also opened up what she missed most about being pregnant – and admitted it was feeling sexy.

She shared: “You’re gonna laugh … but feeling sexy. I just loved being pregnant. I think pregnant women are so beautiful & I felt so confident in my own skin. The most I have ever!

“Now, I don’t feel sexy at all which is such a shame, but I’ll get my confidence back” The actress is best known for her work on Hollyoaks

Did you miss our previous article…
https://www.hellofaread.com/soap-opera/eastenders-fans-baffled-by-kidnapping-blunders-as-frankie-lewis-wakes-up-in-car-boot/

Gavin Williamson slaps down Sturgeon’s demand for masks in schools as Scots set to...

Who is Labour MP Keith Vaz and why is he facing a ban from...