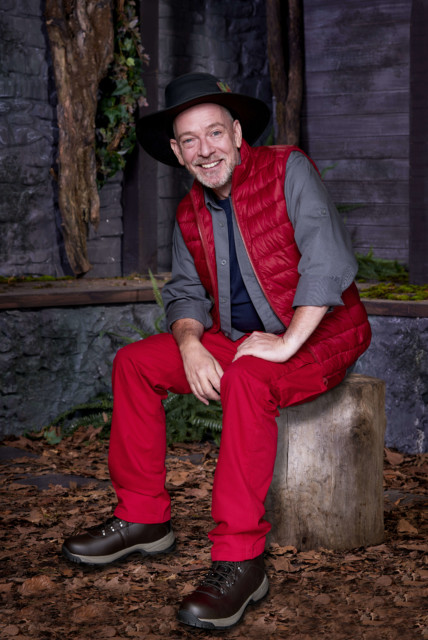 I’M A Celebrity fans have all been making the same prediction after Adam Woodyatt was revealed to be joining the show tonight.

EastEnders’ Ian Beale star, 53, is appearing in the castle as one of two ‘Lords’ alongside Coronation Street’s Simon Gregson.

Though he looked immaculately groomed and squeaky clean in the preview last night – many insisted that won’t be the case for long.

Several fans posted a picture of Ian Beale in his ‘homeless’ phase when he grew long hair and a beard.

One wrote: “Adam Woodyatt / Ian Beale this time next week.”

Another posted the same picture tweeting: “Ian Beale swagging into camp tomorrow after losing the trial.”

A third shared a shot of him in a beanie hat with a straggly beard peering round the side of a tree.

They wrote: “Ian Beale arriving in the camp long after all the other contestants.”

The EastEnders character began sleeping rough after having a breakdown in 2012, before being spotted as a soup kitchen by Lauren Branning.

Adam was revealed to be joining the castle at the end of tonight’s episode – and he’s set to be welcomed by several friendly faces.

Adam said he knew the pair of soap titans on the show – Emmerdale’s Danny Miller and Coronation Street’s Simon Gregson – plus two others.

The star said he couldn’t wait to reunite with Danny, who he knows from celebrity football matches, insisting: “He’s going to keep me entertained.”

Asked by HOAR if he knew any of his co-stars, he explained: “I’ve played football with Danny Miller.

He added: “Danny Miller is going to keep me entertained, he is funny. He does some good impressions. I think he could be a laugh.”

Referring to Simon Gregson – the other big name alongside Adam who was yet to join the show – he said they would be “hysterical together”.

Coronation Street spoilers: Yasmeen STABS abusive Geoff and leaves him for dead after he...

Emmerdale child stars: where are they now?