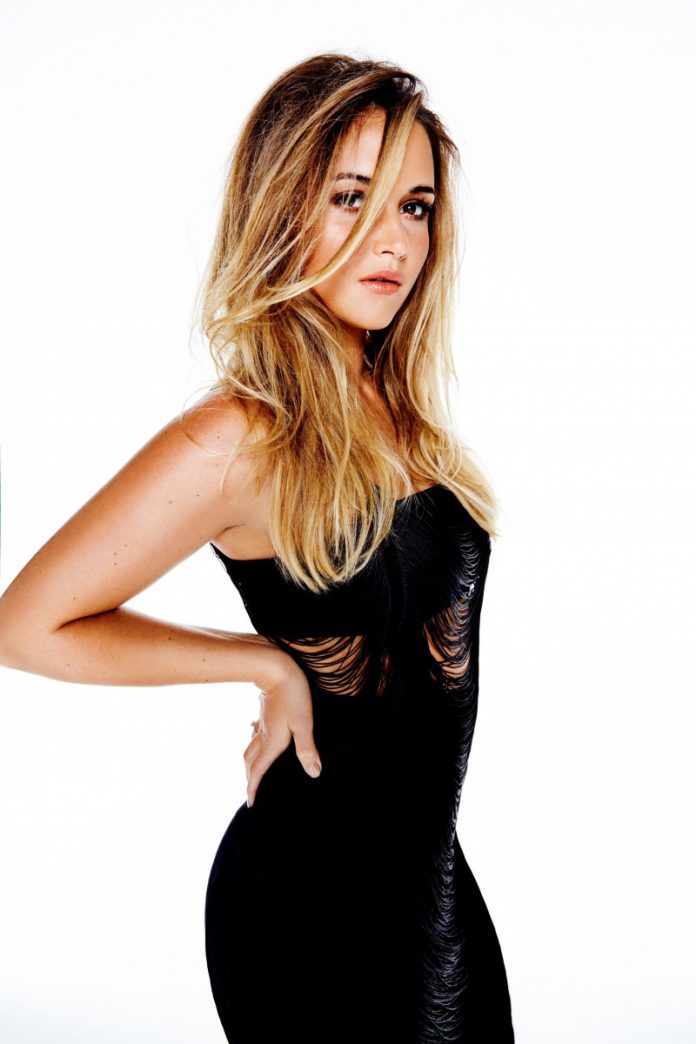 JACQUELINE Jossa messaged a Love Island beauty, demanding to know: Did you sleep with my husband?

The Im A Celebrity hopeful and former EastEnders actress saw her marriage to Dan Osborne rocked last year after he was accused of going behind her back with reality star Gabby Allen.

Gabby, who was shocked by the allegations, immediately reassured the mum of two nothing had happened between her and the former Towie star.

But Dan told how following the rumours, he and Jacqueline briefly split up.

And he rubbished claims the jungle-bound star is a doormat for taking him back months later, insisting the couple are now stronger than ever.

Jacqueline, who played Lauren Branning in the BBC1 soap, is understood to have also messaged other supposed love rivals.

Gabby was shocked by the allegations that she slept with Dan

Dan and Jacqueline briefly split up after the cheating allegations emerged

She said this week she is keen to prove to millions of fans she is not a pushover after her marriage has repeatedly hit the headlines.

Dan revealed: Jacqueline has sent a few messages to women Ive been accused of cheating with I think any partner would do that asking what had happened between us.

Ive told her I havent cheated on her, that Ive just been out with those girls, theyre mates and thats it.

Im a friendly person so Ill go out and speak to people I get on with, male or female. Thats just what Im like.

But I get pictured with a woman and suddenly were getting cosy.

“With Gabby, I know the pictures didnt look great because of the angle they were taken at, but there was nothing in it.

And if Jacqueline really believed I had cheated on her, she wouldnt be with me now because she wouldnt stand for any crap, honestly.

If anyone starts on her in the jungle, good luck! Trust me, I wouldnt want to be them. She is very forward and will absolutely stand up for herself.

I cant wait for people to see the real her, because before now shes always been either Lauren from EastEnders or the actress having marriage problems.

Dan and Jacqueline, who have daughters Ella, four, and Mia, one, married in 2017 after three years together.

But just 11 months later, when Jacqueline was pregnant with Mia, their marriage was rocked by the cheating claims.

Dan and Jacqueline are parents to daughters Ella, four, and Mia, one

Opening up about the couples turmoil, Dan confessed: At that point we were going through a bad stage and rather than fixing it, I ran away from it.

When there was tension at home, I didnt want to be there. So I was going out a lot, I was drinking a lot and that obviously didnt make anything better. I just wanted to get away from the stress but really I was making everything worse.

And he went on to tell of his terror when he thought hed lost his family for good, saying: That was the toughest time. I was just thinking, What the hell?

When Jac and I got together, I was like, Thats it, well be together for ever.

Dan and Jacqueline married in 2017 after three years together

But then we hit that bad patch and it was so scary. I was both losing my wife and facing the reality that I might have three children I dont see every day (including son Teddy, five, with ex Megan Tomlin). It was heartbreaking and I didnt know what I was going to do.

But then I went on Celebrity Big Brother and spent a lot of time thinking about the people I need in my life. I really missed Jac and the kids in the house.

And it made me realise going out all the time wasnt the best way of fixing things between us. It was silly. So when I came out, things got a lot better.

I think sometimes in a relationship you do have to take that step back but its hard to do when you live with someone. That month away was needed.

The couple went on to rebuild their marriage and Dan says despite further allegations the relationship has never sunk so low again.

He insisted Jacqueline was not worried about jetting to Australia and leaving him alone.

Laughing, he said: She was more worried about the laundry.

He went on: Ive taken so much stick over the past few years but Im not a bad husband. Im not perfect but Im all right. We do a lot to help each other.

Were together more than most couples and we spend a lot of the time playing with the kids.

“When they go to bed, well just relax and watch a film. Its pretty normal, really. Were a normal married couple.

When there are rumours about me flying around now, or Im pictured with someone, Jac just looks at the pictures and shrugs, like, This is never-ending.

It isnt nice for her to read those things but I tell her its not true and thats it.

Will we be together for ever? Who knows? She might wake up one day and think, F*** him.

“But right now were good and I cant wait to see her again. The seven days since she left have gone very slowly.

Millions of viewers will tonight see Jacqueline make her debut in the Australian jungle alongside stars including Ian Wright and Caitlyn Jenner.

And Dan, who is looking after Ella and Mia in her absence, is thrilled she landed the gig even if it does mean solo parenting for a month.

He said: I told her to do the show because I think a new experience will be good for her. She went straight to EastEnders from college and since then shes been a mum.

This is completely new and its something for her. The thing she struggled with was leaving the kids but once she got her head around that, she was excited.

I hope shell relax and smash it. I think she can definitely win the jungle crown. But Ill be voting for her to do a few trials on the way!

Feed your family for less than a fiver in lockdown with Mrs Crunch’s top...

I’m a stylist – the clothing mistakes we’ve all been making including stars like...

Ant and Dec reunite with Cat Deeley at the SMTV Live studio as they...