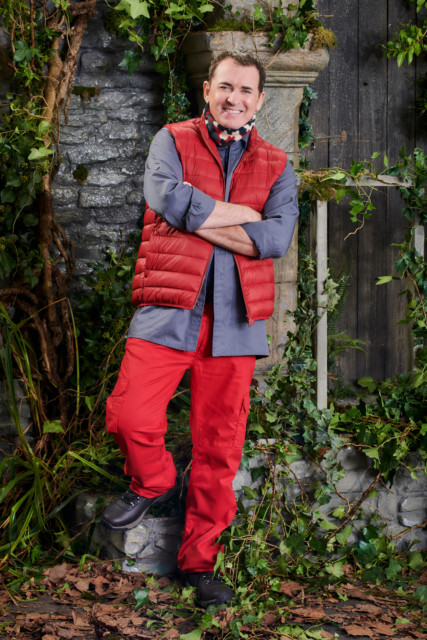 I’M A Celebrity’s Shane Richie had a panic attack when he tried to prepare for the show on a family camping trip.

The EastEnders star challenged himself to sleep in a tent after signing up for the ITV series, hoping he’d find it easy in the great outdoors.

In a bid to get ready for the tough sleeping arrangements on the ITV show, Shane headed to Cornwall with wife Christie and the kids, who opted to stay inside their luxury campervan.

He told HOAR: “We went camping down in Cornwall, of course I let the family in (on my I’m a Celeb signing). I said ‘listen, guys, I’m going to attempt to sleep outside’.

“We had a motor home, but we’re in Cornwall and it’s beautiful.

“By 2 o’clock in the morning I’m knocking and screaming ‘someone let me in I can’t bear it!’

“It’s too cold, too windy, I’m thinking ‘someone’s going to reverse over me tent in a minute’. And I had a panic attack. Shane invested in a motor home this year The star is gearing up to enter Wales’ haunted Grwych castle

Laughing, he added: “Christie said ‘you’ve got to stick it out!’

Shane confessed he’s easily spooked and he isn’t keen on living with a ghost in Wales’ haunted Grwych castle.

Abergele Locals believe the spirit of a servant girl who died falling off a horse haunts the land. He said: “I don’t care what they say I believe it’s haunted. I’ve done a little bit of research about it, but it could be a bit scary, the trials and challenges could be one thing but sleeping in a castle that’s potentially haunted is another.

“Listen, if you see Mo Farah running then you know I’ll be behind him! Obviously a long way behind him but I’ll be like ‘what do you mean Mo’s left? Mo where are ya!’”

Despite his fears, Shane is the frontrunner to be crowned King of the Castle in the upcoming series.

The Londoner, who made a name for himself as Alfie Moon in the BBC soap, is 10/3 to win the show according to Sporting Index.

Wife of McFly’s Tom Fletcher, Giovanna, is 4/1 to win the milestone 20th series which kicks off this Sunday.

And former Family Fortunes host Vernon Kay and Radio One DJ Jordan North are both priced at 9/2, while Olympic Gold medallist Sir Mo Farah is 5/1.

Did you miss our previous article…
https://www.hellofaread.com/soap-opera/emmerdale-fans-in-tears-as-vinny-tells-a-stranger-his-dad-paul-is-abusing-him/

Boris Johnson will break promise to reduce immigration if he lets in semi-skilled workers,...

Caprice hits the catwalk again ten years on from last show after Dancing On...