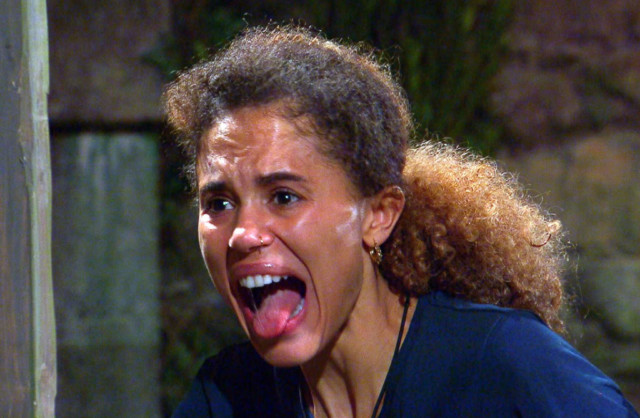 I’M A Celeb’s Jessica Plummer was too sick to eat her dinner after her Bushtucker Trial.

The pair had to down six disgusting drinks each including blended goats penis, blended fermented herring and vomit fruit.

Despite how horrendous they all were, the pair managed to get all 12 stars, but later on, Jess was unable to reap the benefit of her efforts.

Jessica and Shane read the dinner scroll out to camp and it revealed they’d be getting pheasant.

In the Telegraph Vernon Kay said: “Hallelujah, we’ve got normal food.  We’ve finally got something, that looks like something, that you would actually eat at home on a plate.” Jessica did the Sickening Stalls trial with Shane Richie The pair had to down disgusting cocktails

Jessica didn’t feel great after the Trial so she decided she didn’t feel like eating and wanted an early night.

The celebrities realised that as they’d chosen to boil the pheasant that it would take some time to cook and they were starving.

The wait was worth it though and once they tucked into the meal they were very happy. When they had returned from the trial earlier, Jess told her pals: “My breath stinks!”

Shane said: “I had anus, testicle and vagina!”

The pair went into the Telegraph together and Shane said: “I’m proud of Jess, the Albert Square posse!”

Harry and Meghan are dreaming if they think theyll have a peaceful life now...

Call of Duty Warzone red doors – what are they and where do they...