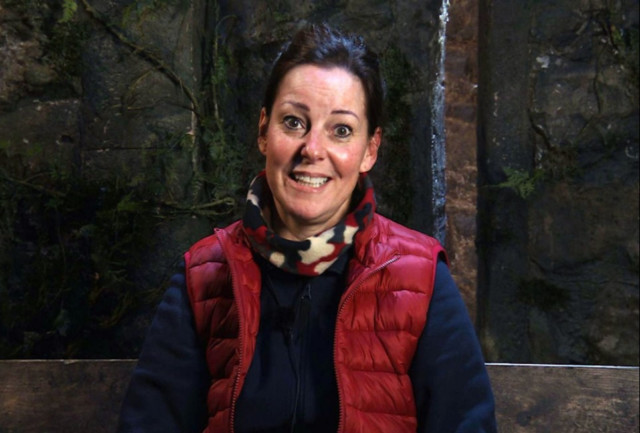 I’M A Celeb campmate Ruthie Henshall revealed she had sex with Prince Edward at Buckingham Palace.

The actress, 53, shocked pal Shane Richie when he told how he sang at the Palace. Ruthie told the EastEnders stalwart: “You sang in the gardens, I shagged in the bedrooms.”

Les Misérables star Ruthie dated Edward for five years in the early 1990s. But she ended things when told she would have to give up her career to be a royal.

The pair met while Edward was working for Andrew Lloyd Webber as a production assistant after Ruthie landed the lead role in A Star Is Born. She said: “Lovely bloke.  And I genuinely fell in love with him.

“He said, ‘Would you like to come to mine and watch the film of A Star Is Born and have some dinner?’ I was like what, at the Palace, is that where you live?’”

Ruthie also revealed she got so drunk at Balmoral that she sang show tunes in front of the royals.

She added: “There was Diana, the Queen, Margaret, the Queen Mother, Charles, Edward. “Diana was lovely.  I don’t remember a lot because Charles gave me my first martini.

Margaret goes ‘Yes, yes, oh sing us a song from that show you’re in’. I was in Les Mis at the time so I sang I Dreamed A Dream. “I must have changed key three times because I was so p****d on martinis.”

Boris Johnson urged to cash in on bonuses of Brexit by scrapping VAT on...

Four times as many migrants made it across the Channel to Britain last year...

EastEnders’ Maisie Smith squeals with delight as she finds a baby seal on a...