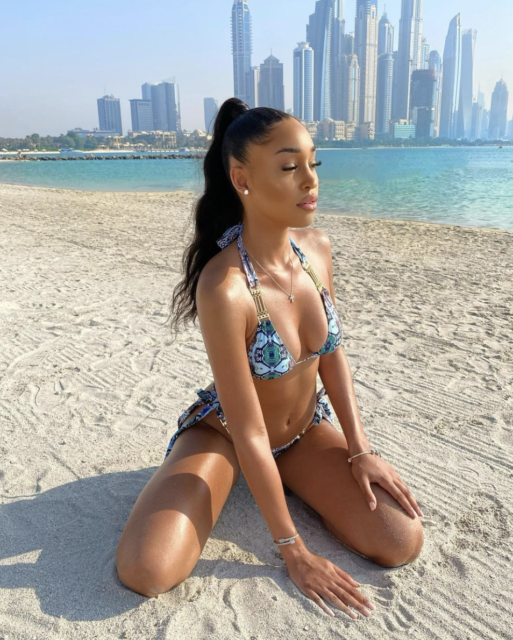 CASA Amor is back to shake things up for the Love Island couples – and Summer Botwe could be a name we could be hearing a lot of.

The 22-year-old business owner is no stranger to the limelight, having appeared on an episode of Eastenders.

And by the looks of her Instagram, Summer has a seriously lavish lifestyle, boasting luxurious five star getaways – as well as a seriously impressive wardrobe.

She will appear on Love Island on Sunday night with the other Casa Amor girls – and she already has her sights set on Dami Hope.

“Dami is someone that I definitely feel like I have my eye on and definitely want to pursue the most out of all the boys,” she said ahead of her arrival.

“His dress sense is  really good, he’s funny, he’s just like an all rounder completely.

“Everyone loves him and he’s like their go-to and I love that about a  person.

“His vibes are immaculate and I’m drawn to that.”

Summer might have her work cut out, however, with Dami currently all loved up.

The senior microbiologist from Dublin – who recently coupled up with Indiyah Polack in the villa – is a firm favourite on the ITV2 dating show.

Dami and Indiyah recently took their relationship to the next level.

The pair decided to look up each other’s noses to see if they had “boogers”.

She first asked to check if she could check if his nose was clear, before he got on top of her to check hers.

“No, I probably do because of my septum,” Indiyah protested, before Dami looked and yelled: “You have a little one.”

It comes after Dami admitted to Luca a bizarre secret.

He said: “I picked a girl’s nose once and tried that. I picked it because she didn’t think I would do it.” Summer already has her sights set on Dami Hope

Prince William reveals being a father has given him ‘new sense of purpose’ to...