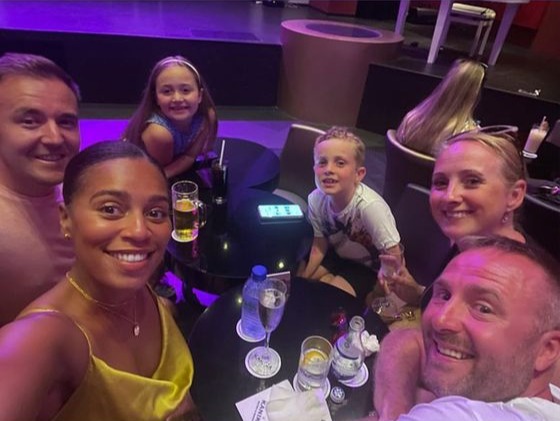 CORONATION Street star Alan Halsall has been enjoying a luxury holiday in Cyprus with his family at a £200-a-night hotel.

The soap actor – who is known for playing Tyrone Dobbs on the ITV show – could be seen smiling for a snap at the glamorous resort.

Alan, 39, was joined by his girlfriend Tisha Merry and daughter Sienna-Rae, eight, on the luxurious break, as well as his brother and his wife, and their young son.

They have been staying in a luxury hotel in Paphos, Cyprus

The actor could be seen smiling wide in a selfie he took with his girlfriend and family as they kickstarted their break.

Alan could be seen enjoying a pint of beer as they sat down to watch an evening show, while Tisha, 28, sipped on champagne.

The actress went on to show off the stunning Cypriot resort, Olympic Lagoon spot Kanika Hotel, which costs upwards of £200 per night.

She showed off the incredible pool complex, which sits just a stone’s throw away from the white-sand beach and ocean beyond.

The hotel complex in Paphos, Cyprus, has a number of themed restaurants and bars, as well as family activities for the children.

It comes after Alan posed for a rare snap with his mum and brother in May – leaving fans are all saying the same thing.

Wearing a black jumper, the actor flashed a big smile and wrote: “Family really is everything… Me & my big Bro taking out beautiful mother for a Belated Mother’s Day.”

However, fans were left swooning over Alan’s very handsome brother – who he is currently on holiday with in Cyprus.

Fans went wild for the actor’s sibling, Ste Halsall, who looked dapper in a Hugo Boss sweatshirt as they enjoyed lunch.

Alan’s brother is not the only family member who has stunned fans recently.

The soap star’s girlfriend Tisha Merry looked incredible as she posed in a white bikini on holiday in Thailand.

The actress is currently in Phuket and took to Instagram to share a snap of her in a tiny white two piece.

In the photo Tisha could be seen smiling at the camera as she flaunted her toned body.

When she’s not globe trotting Tisha lives with Alan, 39, and his eight-year-old daughter Sienna-Rae in a huge mansion in Manchester.

Tisha has spoken out about wanting to have kids with Alan – who shares Sienna-Rae with his ex-wife Lucy-Jo Hudson – and praised him for his parenting skills.

She told OK! magazine: “He’ll be so amazing. When we were still friends, I got asked to babysit and asked Alan to come along. We got there and it was just Alan babysitting. He’s such a good dad; he’s so caring and loving. 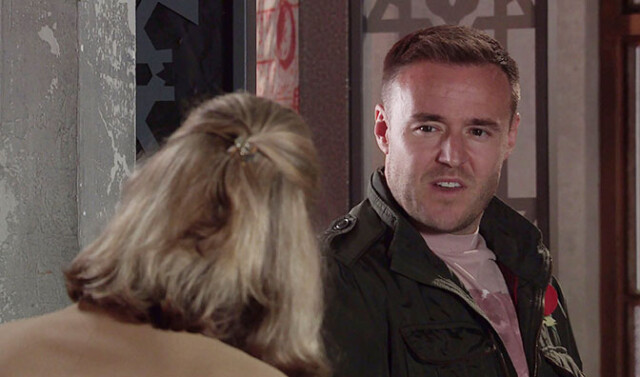 Love Islands Rebecca dared to kiss two boys while Shaughna has to snog the...

Probe into No10 parties ‘set to find no evidence of criminality but could scold...