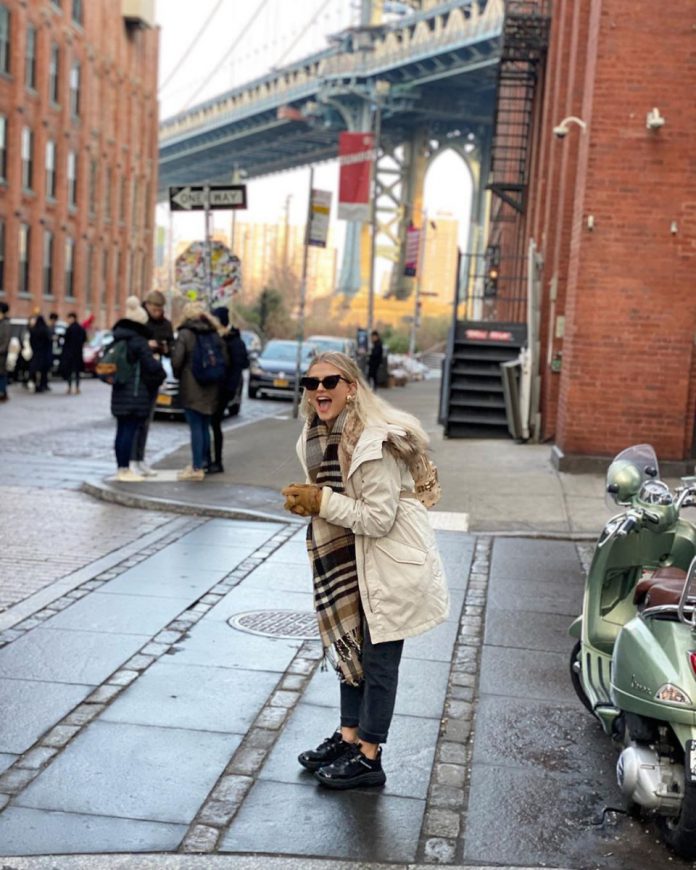 CORONATION Street star Lucy Fallon is enjoying an incredible holiday in New York as she enjoys a Gucci shopping spree and boozy nights out with her boyfriend.

The actress, 23, is currently in the Big Apple after spending a cosy Christmas with her family.

Lucy has been sharing photos of the trip with her followers on Instagram, giving a glimpse into what she’s getting up to.

The Bethany Platt actress shared a photo posing with the Brooklyn bridge in the background, wearing a cream coat and a Burberry scarf.

She also shared a panning shot of the cityscape, before showing boyfriend Tom Leech looking out.

Later on, the pair ended up visiting Black Tap restaurant for some American comfort food.

They feasted on chicken wings and chips, before tucking into an absurd freakshake covered in cream, sprinkles and a whole slice of cake.

Their night of food didn’t end there, as they tucked into classic New York pizza slices.

Of course, a trip to New York City wouldn’t be complete without a few drinks, so Lucy sipped on a cocktail and Tom on a beer at the Mean Fiddler bar.

Lucy revealed she was quitting the soap in March 2019 – making her the seventh cast member to leave the ITV soap.

The star said she wants to pursue other acting roles once her contract expires in 2020.

She said: “After the most incredible 4 years, I have made the extremely difficult decision to leave Coronation Street at the end of my contract in 2020. Its hard to put into words how much this show means to me.

“Ive made lifelong friends with some of the most talented and hardworking people in the industry, Ive had some terrific and immensely important storylines and Ive laughed with the best people every day. Im so thankful to Iain and everyone at Coronation Street, I owe everything to them and I will miss them greatly.”

Who is Joel Dommetts wife Hannah Cooper and why is Im A CelebrityExtra Camp...