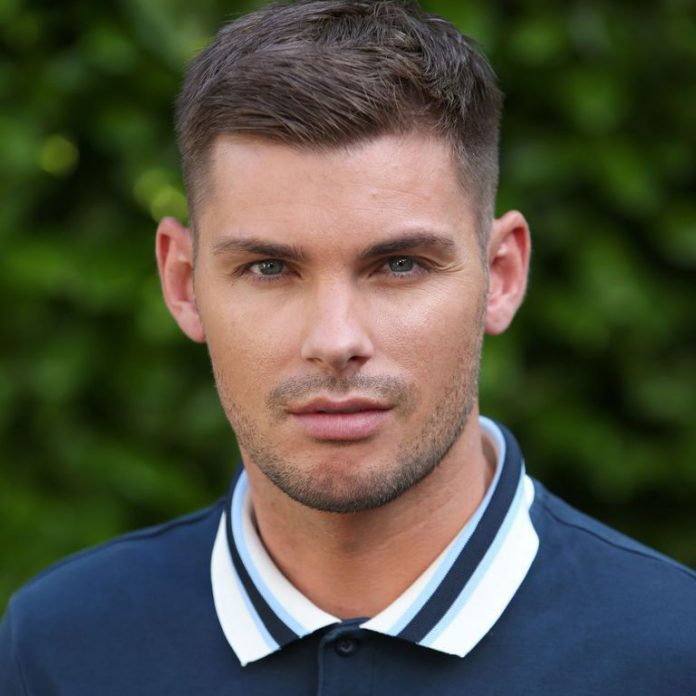 Hollyoaks fans have watched in horror as Ste Hay has become embroiled in a terrifying radicalisation story – and now actor Kieran Richardson has quit.

Tonight’s dramatic clifftop scenes will see Ste dance with death on top of a cliff before the far right story comes to an explosive end – but will he escape in one piece? Here’s everything we know about his exit storyline so far…

What is Ste Hays exit storyline?

The exact details surrounding Stes Hollyoaks exit are being kept firmly under wraps for now – but that hasnt stopped fans theorising how he will leave the channel 4 soap behind him.

Fans of the soap have been watching on in dismay as Ste has become tangled in Jonny Baxter and Stuart Summers racist gang over the last few months.

In the hour-long special episode tonight (Friday November 15), Stes efforts to escape the fascist group land him in serious trouble.

The vulnerable characters luck is set to take a turn for the worse after he attempts to do a runner and ends up kidnapped on top of a cliff.

Show bosses have teased that the dramatic episode will see numerous character exits – including a final storyline for Ste.

But with exact details of Stes departure kept under wraps for now, viewers will have to tune in next week to find out. Why is Kieron Richardson leaving Hollyoaks after 13 years?

Kieron is departing from Hollyoaks after 13 years to try his hand at a couple of other projects.

The talented actor has played his character Ste Hay through a series of emotional storylines including his coming out as gay and domestic abuse plot.

But he is now quitting for a breath of fresh air.

The talented actor has landed a role in the stage version of Kay Mellors crime drama Band of Gold, which will tour the UK in late 2019 and 2020.

The dad of two has also announced on his personal Instagram that hes taking part in Sleep Walk for Shelter ahead of his departure – a 10km night walk through London to support the city’s homeless.

Kieron is one of many stars to join the charitable cause, including singer Rita Ora, Hollyoaks co-star Jorgie Porter and former United footballer Rio Ferdinand.

What has Kieron said about his exit?

Fans needn’t panic – Kieran has spoken out to confirm that his exit is only temporary while he juggles his new project alongside Hollyoaks.

He is yet to confirm how long hell be absent from the soap, but with Band of Golds tour ending in spring 2020 we can expect Kieron to return to Hollyoaks shortly after.

Queen seen in public for first time in MONTHS after Prince Philip’s illness to...