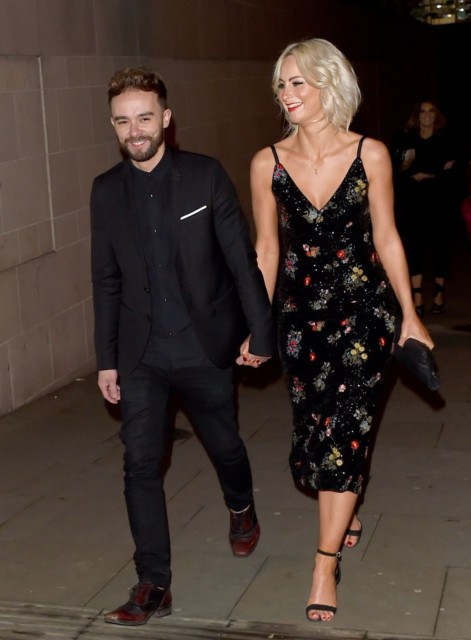 JACK P Shepherd’s girlfriend defended the Coronation Street star after a troll says “he has nothing to do with his disabled son”.

And hours after Hanni Treweek spoke up for Jack, his former fiancée Lauren Shippey also claimed the star was neglecting their two children.

He has never met the lad but pays maintenance to Sammy.

The brave lad suffers from an incurable condition that wracks his body with agonising seizures.

He has alternating hemiplegia of childhood (AHC) – a one-in-a-million genetic disorder. Jack and Hanni with kids Reuben and Nyla

Hanni tackled the situation head on in a q&a with followers on Instagram.

One person asked: “How do you feel dating a man who has nothing to do with his disabled son Greyson?”

Hanni replied: “I get trolled by people like you on a daily basis.

“I wasn’t in Jack’s life when that happened. What I can comment on is that he was 21, a young man himself in the public eye with a lot to learn.

“Everyone has a past, it’s important not to judge a book by its cover. “You might think you know the facts but you don’t. The world is already at an uncertain stage and it’s not going to get any better any time soon with trolls such as yourself.

“If you thought I wasn’t going to respond, you were wrong. Have a lovely evening.”

Now Lauren revealed how the David Platt star has failed to regularly see their kids.

Lauren, 32, hit out after Jack fawned to OK! magazine about home-schooling their daughter, 11, and son, six, with his new partner Hanni Treweek, 31, over lockdown. The mum , who split from him three years ago, told HOAR on Sunday: “I’m speaking out now because Jack has used his celebrity status to give an interview which portrays a false image of how he behaves.”

And she slammed Jack, also 32, for cheating on her, and putting his showbiz life before family.

Lauren blasted: “He hurt me emotionally quite a few times. “I always had his back and forgave him. I never, ever planned to speak about our relationship but enough is enough.

“The public needs to know what Jack is really like. He’s seen as a lovable rogue and a cheeky chap, but my children need him to be a dad rather than see him gallivanting around town.

“Hopefully he will wake up and understand his behaviour is unacceptable before it’s too late.”

Diva Caprice goes missing as she fails to turn up to dancing on ice...

Statutory sick pay for workers who are shielding ends TODAY