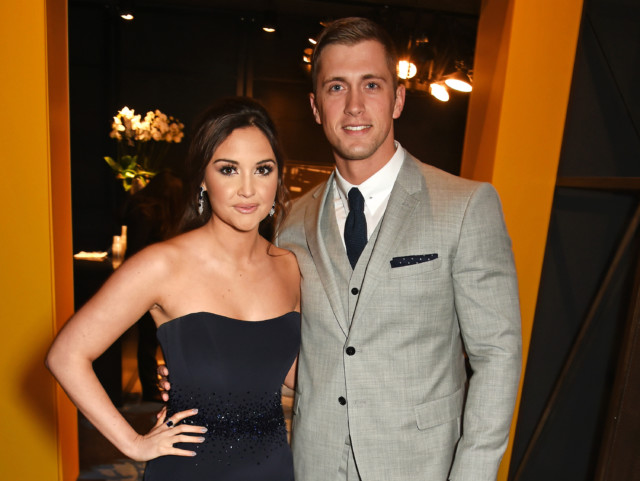 JACQUELINE Jossa defiantly hit back at the women who have publicly spoken out against her husband Dan Osborne, saying: “You can’t stop b*****s selling stories”.

In an exclusive interview with HOAR, the former EastEnders star, 28, insists she and her husband of three-years know the truth, after he was accused of cheating with his Celebrity Big Brother co-stars Chloe Ayling and Natalie Nunn.

She told us: “My version of events this year is very different to other people’s.

“I’m not really a talker of what happened, so seeing my whole life displayed on every magazine cover has been hard. Dan denied the romp with Chloe and Natalie

“Listen – you can’t stop the b*****s selling stories; that is fact, and I know that. They can say what they want, Daniel and I know the truth.

“Seeing things taken out of context was really hard, because a lot of it was stuff from the past we had already dealt. That’s why I’ve not said anything until now.”

Last year, when Jacqueline went to Australia for her victorious stint in the I’m A Celebrity jungle, the rumours about Dan’s infidelities reached fever pitch. Jacqueline admitted it’s been ‘hard’ for the couple Dan hit out at claims he had ever been involved with Natalie and Chloe, who both appeared with him on 2018’s Celebrity Big Brother.

But soon after leaving the jungle, Jacqueline was bombarded with media attention.

The star went on: “It was a vulnerable stage for me anyway, and then reading people’s comments [on social media] was hard, but Dan and I were always on the same page.

“Daniel got so attacked by so many people and in turn I was attacked as my name was being brought into it. I was seen as weak. And I am not weak. Chloe and Natalie both spoke out against Dan Jacqueline opened up to HOAR

“It’s never, ever been a case of ‘poor Jacqueline’ – that really annoys me – and it’s never been Jacqueline versus Dan.”

She added: “You can’t fight a problem by fighting against it. you have to come together to fight the problem, rather than fighting each other. And that’s exactly what we’ve done.”

At the time, Jacqueline directly addressed cheating accusations on ITV’s Lorraine, saying: “This isn’t new for me. It got brought up again because of Myles but at the same time, I was glad it made me think about it, I didn’t have a choice but to think about it… but it helped me.

“I want to hit a restart button. It’s been two years of me basically giving him hell and it’s not like he’s got away lightly at all. He knows he’s done wrong, he knows he’s done a lot wrong.”

The couple – who share daughters Ella and Mia – are now stronger than ever.

Earlier this year, Dan admitted to making mistakes and told HOAR that Jacqueline had forgiven him.

Despite Jac moving out of their martial home during lockdown, the reality star truly believes they have put the worst behind them and the future is looking bright.

He said: “We’ve been through amazing times, all the way down to the worst possible, terrible moments and then up and down again, so if we can get through all that and then come out on top, it shows how strong we are.”

State pension age to rise to 66 from next week

Football will collapse unless a rescue package is agreed soon, ministers warned

Brits could live on a diet of crickets and locusts instead of meat in...