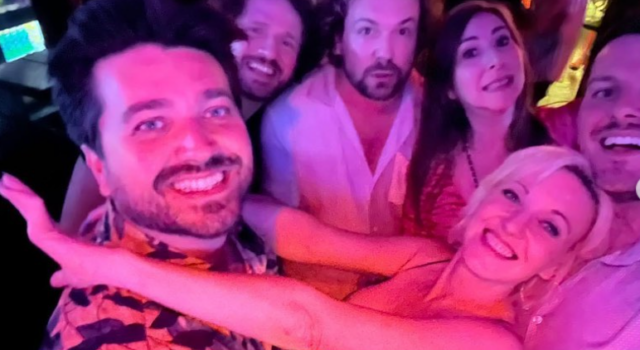 The 53-year-old star took to Instagram today to celebrate the end of the run of her theatre production, Mam, I’m Ere.

Kacey’s, who is most-famed for having dark brown hair, looked glamorous as she partied with her co-stars.

The actress looked worlds away from Little Mo in her bright red lippy and full face of make-up.

Sharing the photo on Instagram, she can be seen throwing her head back, as she enjoyed her show’s after party.

Kacey captioned the post: “Feeling incredibly lucky to have been part of this show Mam, I’m Ere the brainchild the fabulous @daustenphen_fletch our writer and director thank you Ste for asking me to be Breeenndddaaaa so I could get to work and play with the most talented folk my heart is full of love

Her fans immediately rushed to compliment her, on her new look.

This follower wrote: “You are so bloody beautiful!!

While another added: “Beautiful look!”

The star shot to fame playing downtrodden Little Mo Slater in EastEnders between 2000 and 2006.

Her character was at the centre of a harrowing domestic abuse storyline with husband Trevor (Alex Ferns).

The powerful role saw her win the 2002 National Television Award for Most Popular Actress, and she twice won the British Soap Award for Best Actress.

Mo famously attacked her husband with an iron – facing prison for attempted murder before being released without charge.

Trevor died in a fire in 2002, with Mo going on to briefly find love with Billy Mitchell.

Kacey quit the show in 2006 to pursue other projects, and previously ruled out ever returning to Walford. 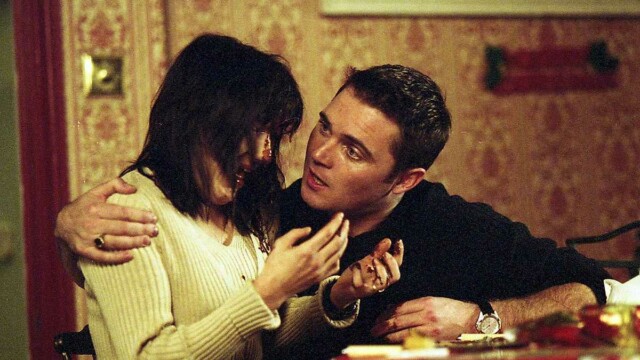 Is this the final Brexit delay?